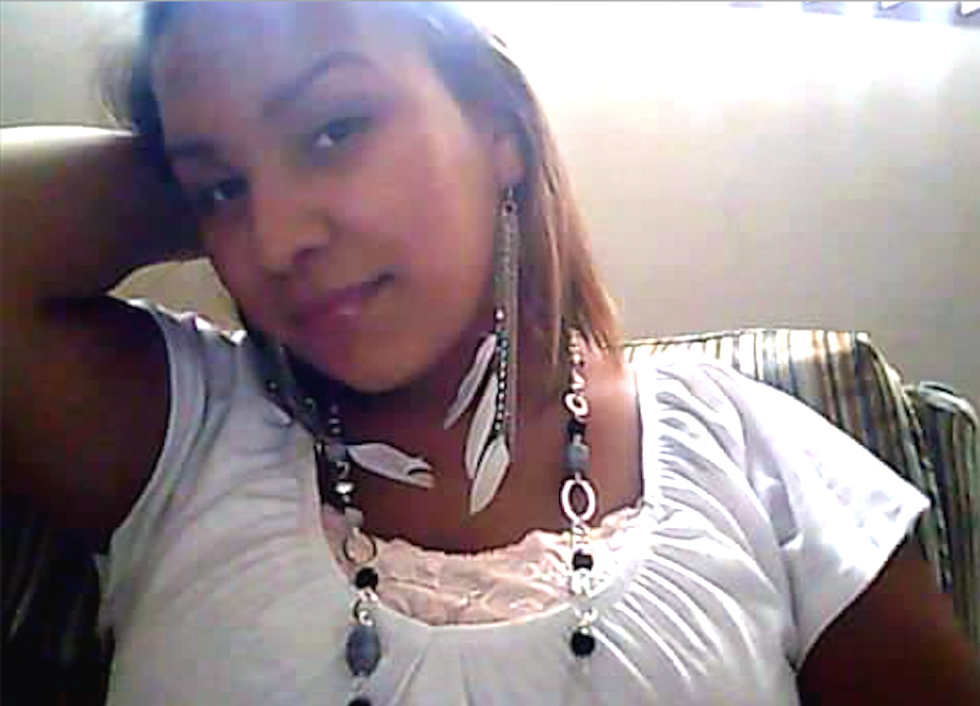 The deaths in police custody of women like Sandra Bland and Rekia Boyd have drawn national attention to the potentially lethal threats posed to women of color by racist police.

Circle Bear was jailed on a bond violation at the Brown County Jail in Aberdeen. On Sunday, July 6, she was found unresponsive in a holding cell.

According to KELO, Circle Bear was taken to a nearby hospital where she died later that same day.

Witnesses said that when Circle Bear was transferred to the holding cell, she told guards that she was in excruciating pain. Jail personnel reportedly told her to "quit faking" and "knock it off" before lifting her partway off the floor and dragging her to the cell where she was later found unconscious.

According to Manning, "I recently learned about Sarah Lee Circle Bear while attending a family ceremonial gathering. A relative set out a memorial chair for Sarah, a tradition of the Dakota and Lakota people. Sarah’s story was shared, and the circle prayed for her and her family for four days."

The 24-year-old left behind two infant sons, ages one and two.

When any person is taken into custody and under the care of law enforcement, it is their right to receive appropriate medical attention and just treatment. This does not appear to be the case with Sarah Lee Circle Bear, and in the state of South Dakota where Native Americans are the largest minority and hate crimes are reported at high levels, it is time to demand a thorough investigation into her neglect and her death. It is time to demand better treatment of Native women, and justice for Sarah.