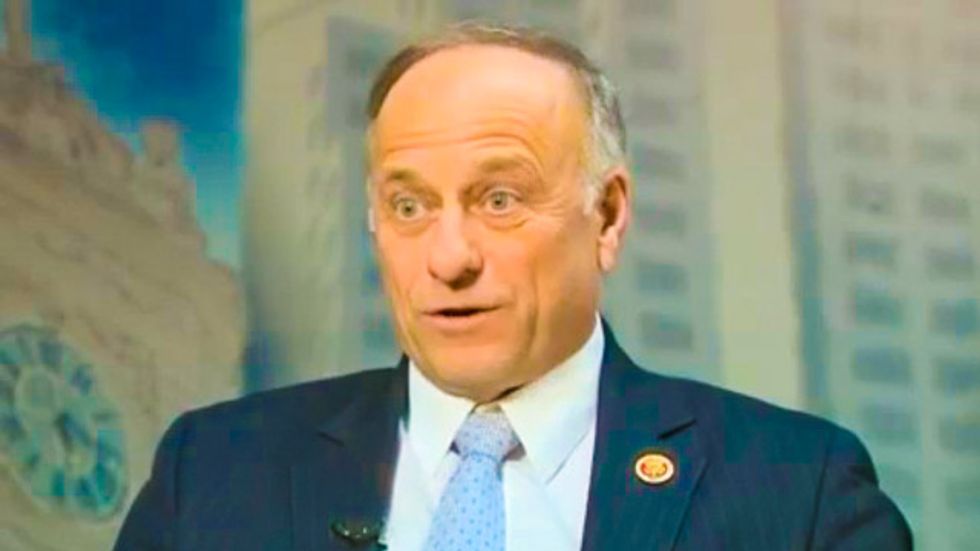 King apparently made the comment at an Iowa campaign event for Huckabee on Thursday, according to Slate.

King has been stuck on the idea of people marrying his lawnmower since at least July 1, when he first made the comment, which he reiterated Thursday, the Sioux City Journal reports.

"I had a strong, Christian lawyer tell me yesterday that, under this decision that he has read, what it brings about is: It only requires one human being in this relationship -- that you could marry your lawnmower with this decision. I think he's right," he told the Journal.

King most recently made headlines when he tweeted at Housing and Urban Development Secretary Julian Castro that he is just as "Hispanic and Latino as he."

It's unclear what King was talking about. He had told a columnist in 2002 that his ancestry is Irish, German and Welsh.

After King posted the tweet on July 17, a prankster was briefly able to edit his Wikipedia page, changing his name to its Spanish translation, "Esteban Arnoldo 'Steba' Rey."