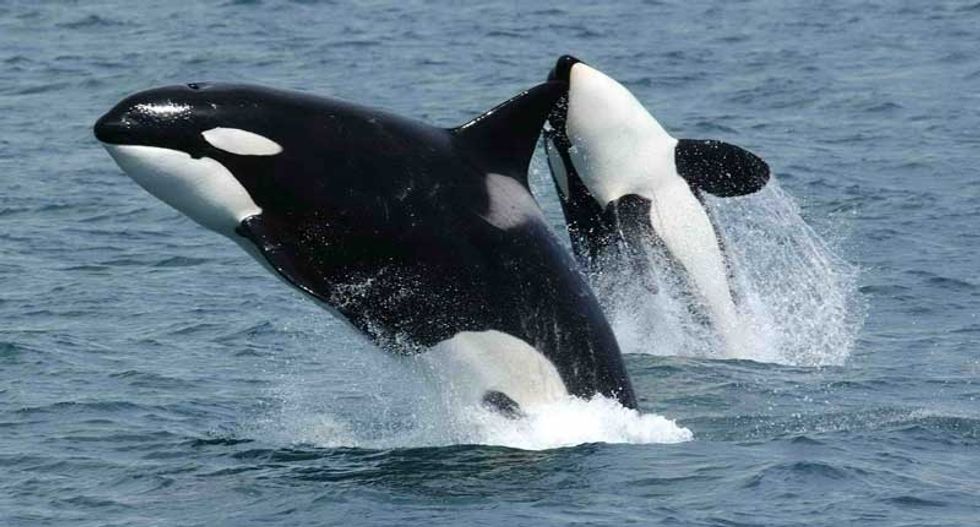 The SeaWorld employee suspended last week for allegedly infiltrating the People for the Ethical Treatment of Animals (Peta) animal rights group also targeted events linked to the 2013 SeaWorld documentary Blackfish, according to contributors to the film.

The employee, Paul McComb, attended meetings of orca researchers and former SeaWorld trainers while pretending to be a killer whale conservationist under an assumed name, ex-trainers say.

Separately, Peta said it suspected that between three and five other people who had acted as supporters may have been operating undercover in some capacity for the theme park having shown similar behaviour to McComb, and was investigating this.

Dr Jeffrey Ventre, who worked as a SeaWorld trainer in the early 1990s but has since become a vocal critic of keeping orcas in captivity, claimed: “It’s bigger than Peta. The spy ring is much more sophisticated.”

Ventre, who appeared in Blackfish, said McComb had shadowed people involved with the CNN Films documentary, recording presentations that were meant to be closed door.

He revealed a photograph of a man whom he identified as McComb at a meeting of journalists, ex-trainers and conservationists associated with Blackfish on Washington’s San Juan Island in July 2014. He also revealed a screenshot of a Facebook post by a “Tom Jones” trying to find information about the forthcoming documentary, appearing to show he was active as far back as 2012.

Last week Peta released photographs of McComb , a SeaWorld human resources employee since 2008, who had been appearing at protests as “Thomas Jones”.

SeaWorld subsequently suspended McComb and issued a statement saying the company would look into the allegations that McComb had been encouraging protesters to break the law.

Blackfish told the story of SeaWorld orca Tilikum, who was involved in the deaths of three people, including two trainers. Working from a feature story originally appearing in Outside magazine , director Gabriela Cowperthwaite highlighted the opinions of killer whale researchers and disillusioned former trainers who believe keeping orcas in small tanks, away from their pods, led to outbursts of violence from the captive animals.

Ventre, who organizes an annual event bringing together former SeaWorld employees and killer whale experts, said: “It looks like … the spy ring was set up at first to investigate Blackfish.”

Peta’s senior vice-president of communications, Lisa Lange, said: “We believe that this goes much deeper than Paul McComb. We believe there may be others.”

The Pasadena police department’s decision to release McComb (then going by Jones) after arresting him during a protest at the January 2014 Rose Parade first sparked suspicion among Peta members.

Peta filed suit against the Pasadena police department on Thursday for failing to produce documents under a Freedom of Information Act request that might show why the alleged undercover SeaWorld employee was released during the protests when Peta members were not.

Samantha Berg, another former SeaWorld trainer, said SeaWorld protesters had suspected undercover operatives may have been at a protest in Orlanda, Florida, in April. She says four unidentified individuals held signs reading “support social communism” under a hammer and sickle. “The protesters knew them, because they had been showing up over a period of months every time they would have a protest,” says Berg. The belief among protesters at the time, according to Berg, was that SeaWorld had dispatched those four in order to “make the regular protesters look a little crazy”.

Asked about these claims, SeaWorld said it was not making any further comment beyond its previous statement.

“They’re painting people who know something about killer whales as extremists and activists because they can’t win on the science,” says Berg, who also appeared in Blackfish to argue SeaWorld failed to do enough to protect its employees from killer whales.

The hostility orcas at SeaWorld have displayed toward each other and toward trainers, Berg says, is the result of being kept in confined and unnatural conditions.

Opponents of keeping killer whales in captivity point out that the animals in the wild can swim up to 100 miles a day and dive as deep as 525ft. They point to collapsed dorsal fins in male captive whales , a condition rarely observed in the wild.

SeaWorld employees were not made available to comment for this article. Reached by phone, McComb had no comment, saying only: “You know I can’t talk to you.”

SeaWorld invites visitors to “experience a unique mix of thrilling rides and coasters, interactive exhibits and live entertainment”, but it has faced significant attendance dropoff and plummeting stock prices in the face of apparent growing consumer distaste for captive killer whales. In February this year Seaworld Entertainment said visitor numbers for 2014 were a million fewer compared to 2013, at 22.4m compared to 23.4m the year earlier.

The $1.57bn company, which also operates a park in San Antonio, Texas, has been trying to placate shareholders, who faced an abrupt 33% drop in stock value in August, after SeaWorld announced lower than expected reported earnings.

Lange says Peta, which maintains a minority share in publicly traded SeaWorld in order to maintain a seat at shareholder meetings, is considering filing a complaint with the Federal Communications Commission (FCC). She says shareholders should know that money is being spent on employing people to “spy and incite activists to violence”.

SeaWorld’s vice-president of communications, Fred Jacobs, said in a statement in response to the Peta investigation: “We are focused on the safety of our team members, guests and animals, and beyond that we do not comment on our security operations. This is a responsibility that we take very seriously, especially as animal rights groups have become increasingly extreme in their rhetoric and tactics.”

He did not comment on claims that the company had employed people to incite violence or collect information from opposition groups. He said in a statement to the Guardian that Peta organizers have themselves in the past used covert tactics to investigate opponents.

The firm’s new CEO, Joel Manby, said in a statement that he found the allegations “very concerning (sic)”. Manby, who formerly ran Herschend Family Entertainment, which operates the Dolly Parton theme park Dollywood in Tennessee, joined the company in April. Appearing on reality TV show Undercover Boss in 2010, Manby shared some of his Christian principles for leading a company. He subsequently authored a book, Love Works, on business leadership through biblical teachings.

A friend and former Harvard Business School classmate of Manby’s, Kevin Jenkins , says he would be shocked if Manby knew anything about the alleged spy ring. Jenkins, who shared Bible study with Manby, says the offer at SeaWorld was accepted after much difficult consideration. Since joining the company, Jenkins said: “He’s a very high-capacity guy, and he’s found a place that is about all the capacity that he can take.”

Jenkins says he emailed Manby before speaking to the Guardian and that Manby okayed the interview but without attempting to influence him.

“One of the things they will have to do eventually is put the CEO out there and have the opportunity to make the case,” says Jenkins, who runs Christian charity World Vision International. “He’s a very well-spoken guy”