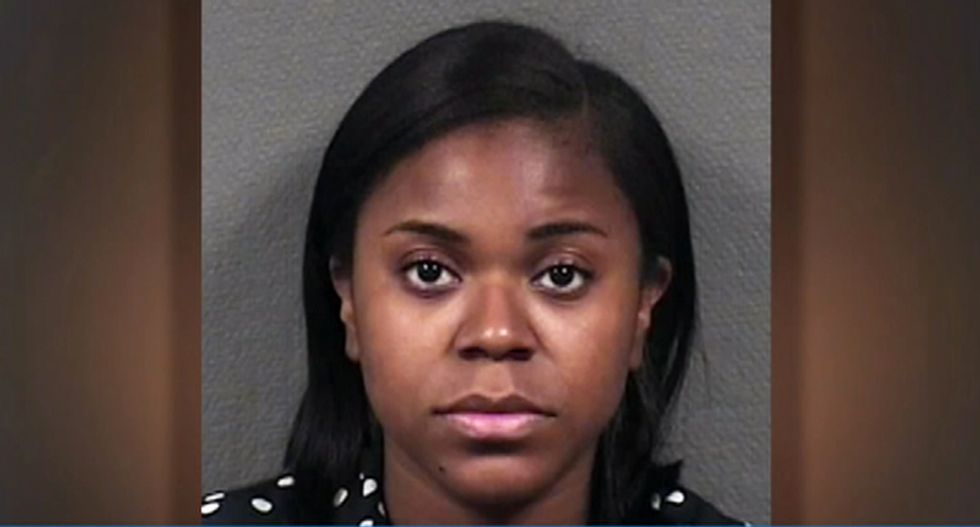 A single mother was placed under arrest by Houston police and later released after being accused of abandoning her children at a mall food court while she interviewed for a job just 30 feet away, reports KHOU.

Laura Browder said she took her 6-year-old daughter and 2-year-old son with her to a mall for a suddenly scheduled job interview because she didn't have enough time to line up child care.  According to Browder, she bought the children lunch at the McDonald's in the food court and sat them at a table approximately 30 feet away and well within sight while she interviewed.

Browder was taken into custody by police when she went to claim her kids, after someone at the mall called police saying the children had been left there crying.

Browder said she was arrested after accepting the job offer, but now worries if the arrest may cause her to lose it.

The woman appeared before a judge who released her and gave her full custody of her children although Child Protective Services is still investigating.

Browder released a statement saying, "This was very unfortunate this happened. I had a interview with a very great company with lots of career growth. I am a college student and mother of two. I would never put my name, background or children in harms way intentionally. I have a promising future ahead of me regardless of what the media tries to portray me as."

According to KHOU, reports of Browder's arrest resulted in offers of help for the single mom as well as additional job offers.

Browder's story is reminiscent of the arrest of another black woman, Shanesha Taylor, in March of last year who left her kids in a car in Phoenix while interviewing for a job. Taylor's story, accompanied by her heartbreaking mugshot, captured the attention of the nation and a fundraiser was launched to help her with her legal fees and to help support her kids.