Sorry, conservatives: Even the Dalai Lama is gushing over Pope Francis 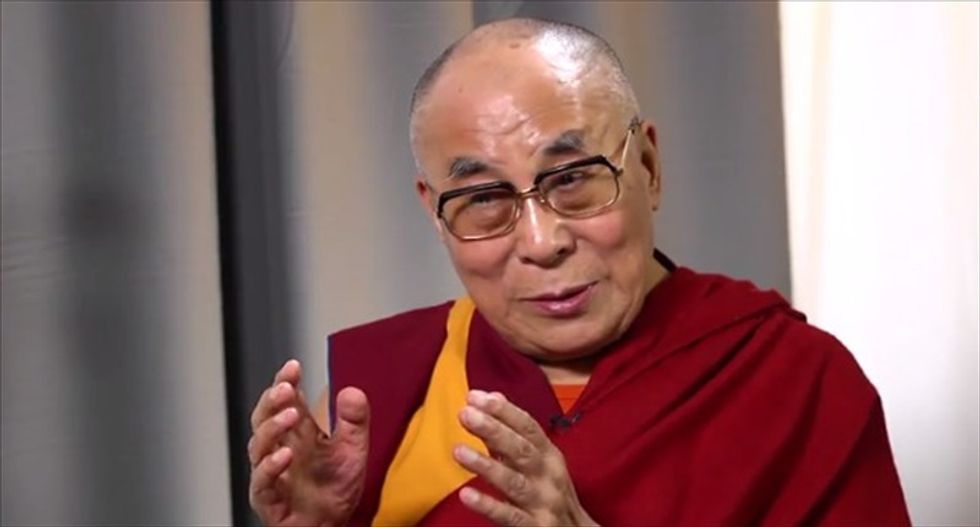 While US Christian conservatives have clashed with Pope Francis regarding his views on global warming and capitalism, the Dalai Lama told Ora.TV host Larry King that he would like to meet with the Catholic leader.

"What do you think of him?" King asked in an interview aired on Monday.

"Wonderful," the Dalai Lama responded. "I think he truly implements their teachings."

The Dalai Lama also noted that upon taking over the role, Pope Francis "dismissed" what he called the luxurious lifestyle enjoyed by his predecessor, Pope Benedict.

The Tibetan spiritual leader also reaffirmed his support for marriage equality when King asked for his reaction to the Supreme Court decision last month striking down state bans.

The Dalai Lama also addressed the subject of "religious tradition" in response to a viewer-submitted question, saying that each of the world's major religions have provided "immense help" to humanity, but had proven inadequate in a climate of increasing numbers of atheists.

"We have to find another way to educate people [in] the importance of inner values," he told King. "Not relying on religion, but more secularly. That, I'm fully committed [to]."

Watch the episode, as posted on Monday by Ora.TV, below.