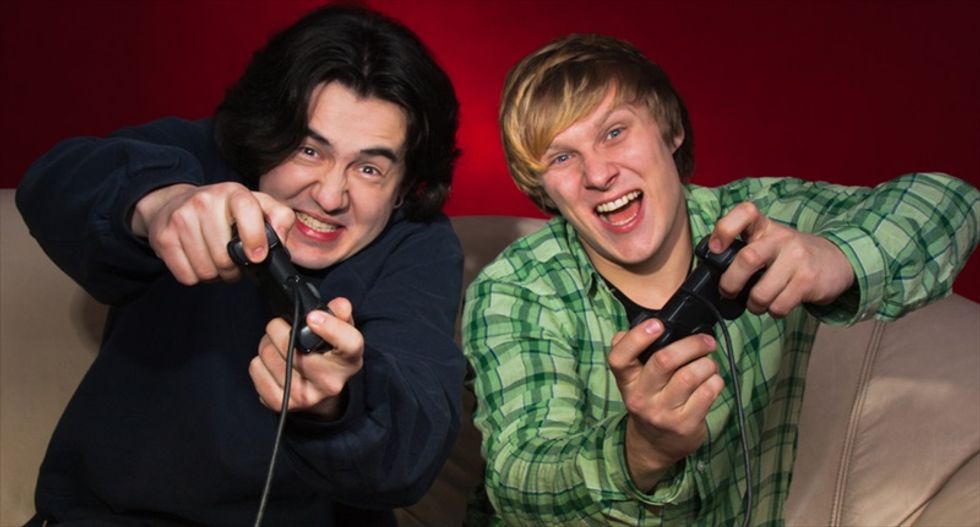 Many teenage boys are tired of the sexualised depiction of women in video games, according to the finding of a new survey.

In the study of about 1,400 US youths, 47% of middle-school boys and 61% of high school boys agreed that women are treated as sex objects too often in games.

The findings counter to any assumptions that boys will voraciously consume media images of scantily clad women without a second thought.

The survey was conducted by the author and education consultant Rosalind Wiseman and games writer and YouTuber Ashley Burch.

For many years in the mainstream games industry, there has been an assumption that the male teen demographic was the only one that mattered. As a result, much of the time this meant beefy male protagonists (to identify with – or aspire to) and sexualised women (too gaze at or rescue).

Writing in Time , Wiseman reiterated this status quo: “The video game industry seems to base much of its game and character design on a few assumptions, among them that girls don’t play big action games, boys won’t play games with strong female characters, and male players like the sexual objectification of female characters.”

There have of course been many, many interesting non-sexualised female video game characters throughout the course of gaming history.

But every year, seemingly hardwired notions on gender, gaming and consumer desire bubble to the surface, whether it’s a publisher worrying over the costs of including female avatars , or a studio like Dontnod Entertainment claiming that publishers asked for the lead characters in its Remember Me and Life is Strange games to be switched to male .

Wiseman’s argument is that all of this is wrong, and her figures, although from a limited user base, are interesting – especially on the notion of representation.

According to her findings, 70% of girls and 78% of boys said it does not matter what gender the lead character is. Indeed, the lasting popularity of characters like Lara Croft, Samus Aran and Bayonetta should perhaps have hinted in this direction. And yet female protagonists remain in a minority.

Over the past two years the situation has certainly been improving. This year’s E3 video game expo in Los Angeles picked up on the momentum of 2014’s show and heavily featured several major new games with women in key roles (such as Horizon: Zero Dawn, Mirror’s Edge: Catalyst, ReCore and Beyond Eyes).

However, it was obvious to anyone who attended this year’s event that games with female leads were getting much greater emphasis. It less about stats and more subtle and nuanced; it was about degrees and attitudes. Representation isn’t a numbers game, it’s a human one.

Maybe it’s that, as girls get older and realise that there’s a representational imbalance in games, they seek out relatable characters in protest. Or perhaps it symbolises much deeper issues around young women, representation and identity.

The title of Wiseman’s article is “Everything you know about boys and video games is wrong”. That’s not quite true given there are enough boys – and men – who fight any suggestion of objectification in games to seemingly counter Wiseman’s survey base a hundred times.

But representation is a complex issue, especially within games. Here, a defensive fanbase feels as though it is constantly under attack from the wider media, which has spent the past 20 years dipping into gamer culture whenever it wants to shock readers with some technophobic tittle-tattle.

But Wiseman’s research suggests that younger boys are able to separate their identity as gamers from the industry’s weaknesses on representation.

Maybe it’s OK to say that you’re bored with those Kate Upton Games of War adverts – and doing that doesn’t mean you’re a social justice wingnut.

However, one weakness of Wiseman’s article is the implication that the boys she spoke to were bored of these ads because of Upton’s objectification - not because they spring up on their phones too often. Let’s face it, the ads have been extraordinarily effective .

This is an argument that will roll on and on, as it has done in regard to movies, music and comics. Wherever you have people who define themselves by the culture they consume, you have people angered by suggestions that the culture in question may not be perfect.

But perhaps what this survey shows is that 1,400 young people from across the US think women deserve a wider range of roles in video games, and that playing as them isn’t scary or off-putting; it’s sort of natural. And it should be natural.

Artificial Intelligence is redefining the proverb "seeing is believing," with a deluge of images created out of thin air and people shown mouthing things they never said in real-looking deepfakes that have eroded online trust.