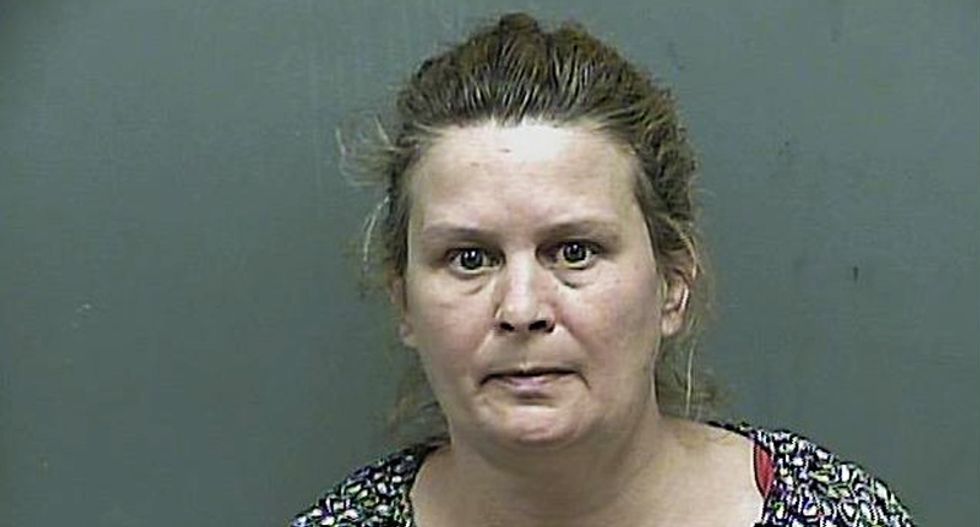 In a case of "It was on the Internet so it must be true," a Tennessee woman was arrested for trying to use counterfeit money, explaining to police that she read online that President Barack Obama had passed a law making it legal, reports the Times News.

Pamela Downs, 45, of Kingsport was arrested on Sunday after giving a clerk at gas station a $5 bill which he suspected might be counterfeit.

A police officer dispatched to the gas station wrote in his report that the fake money appeared to have been printed on a home printer with the two sides glued together.

Downs initially explained to the officer that she had received the fake money at another gas station in nearby Bristol a few days earlier and had never really looked at it.

After agreeing to have her purse searched, police discovered a fake $100 bill printed in black and white with the backside glued on upside down. Police also found receipts in her purse showing she had purchased a printer and copy paper at a local Walmart.

After being handcuffed and placed in a cruiser, Downs reportedly said, "I don't give a ****, all these other bitches get to print money so I can too."

In an interview at the jail, Downs admitted to printing the money in her apartment, stating that she read online that President Obama had made a new law  permitting her to print her own money because she is on a fixed income.

A search of her apartment uncovered printing supplies including copy paper, scissors, glue and a printer.

Several more counterfeit bills, both cut and uncut, were also found with police estimating the total to be around $30,000 to $50,000.

Downs has been charged with criminal simulation and counterfeiting.
Report typos and corrections to: corrections@rawstory.com.
Like this article ? Text `Support` to 50123 to donate.
READ COMMENTS - JOIN THE DISCUSSION