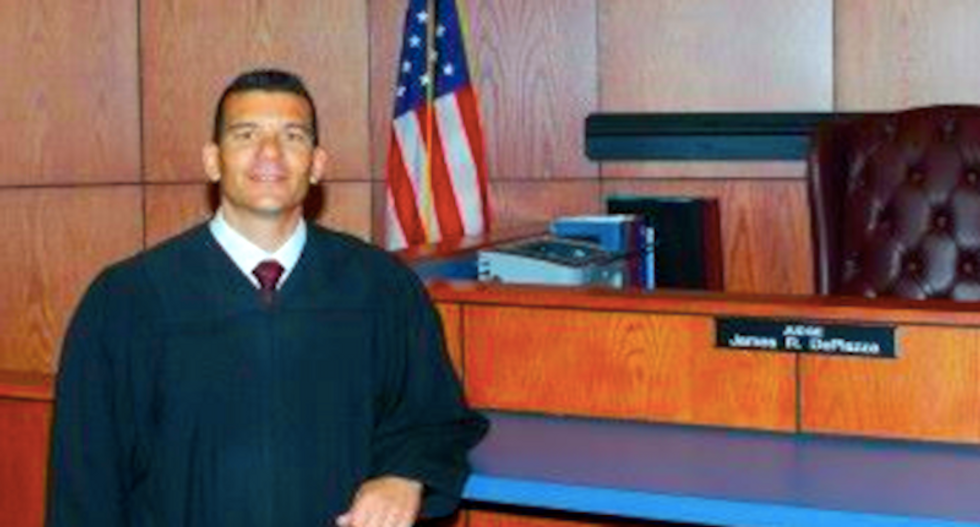 A Texas judge concedes that the U.S. Supreme Court may force him to perform same-sex weddings – but he wants couples to know he doesn't like it.

Judge James R. DePiazza, a justice of the peace in Denton, will do as little as possible to comply with a state order to marry same-sex couples and is requiring all couples to sign a waiver noting his objection to marriage equality, reported Towleroad.

“The result of this ruling has not changed Judge DePiazza’s personal convictions on marriage, but has changed the way he is now conducting ceremonies,” reads the form, which is available for download on the county website.

Denton County took three days to issue its first marriage license to a same-sex couples after the ruling in Obergefell v. Hodges, but officials blamed a software upgrade, reported WFAA-TV.

"It's my personal belief that individuals who want to conduct a marriage ceremony understand my convictions," DePiazza said. "If it was me, I would prefer to have someone who was in agreement with me."

The justice of the peace, a Republican who was first elected in 2007, now refuses to perform weddings outside normal business hour or on weekends, and he will not marry couples without an appointment.

He won’t allow photography or video recordings of the ceremony, which he promised would be merely a “brief formal declaration of civil marriage ceremony” that meets only the minimum standards required by state law.

DePiazza, a conservative Catholic, won’t even perform those basic functions unless couples sign the form stating his religious objection to the Supreme Court ruling.

The judge has so far avoided performing any wedding ceremonies since the June 26 ruling because he has been on vacation.

Legal experts aren’t sure the judge’s waiver form is constitutional.

“I think it’s an interesting innovation in trying to hold your nose and do your job by making everybody else hold your nose as well," said Katherine Franke, director of the Public Rights/Private Conscience Project at Columbia University’s law school. "It’s creative, but I don’t imagine it will stand up in court."