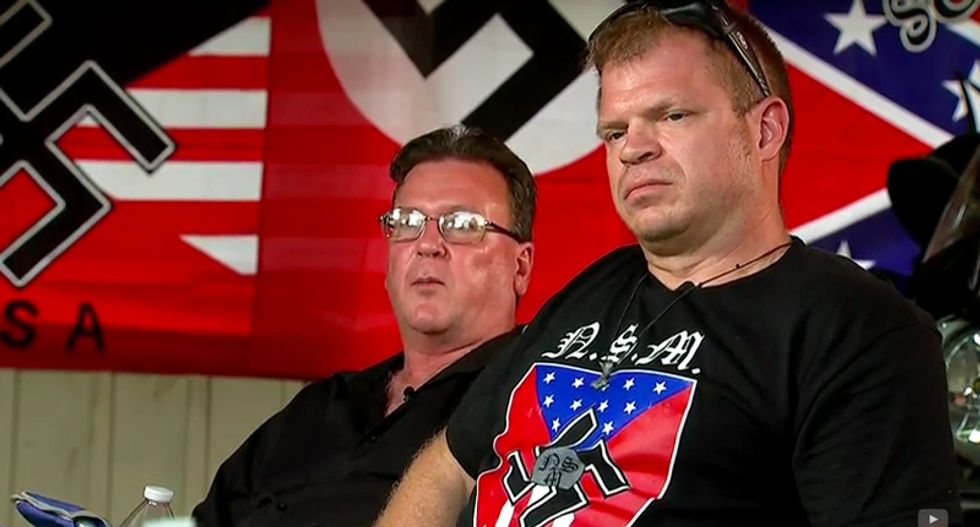 In a very candid interview with Channel 4's Cordelia Lynch, two Tennessee members of the neo-Nazi American National Socialist Movement showed off their backwoods headquarters and training center while boasting that recruiting has become much easier following the shooting that claimed the lives of nine black churchgoers in Charleston.

Claiming to be leaders in a growing movement made up of white people who believe they are "under siege," Mike Schoeler and “Captain” Brian Culpepper explained that white people have had enough.

"Does it make you angry that a black man is your president?" the two men were asked.

"Absolutely, " Culpepper replied. "Absolutely. We're a white nation founded by and for the white man."

Schoeler explained that recruiting for the group has picked up considerably since the Charleston shootings, with members coming "from all walks of life, including "truck drivers, lawyers, retirees, and military" both retired and active.

Following Scholelr showing off his shooting skills, Culpepper confessed that he is proudly racist but refused to say whether he was an  extremist.

"I'm a racist, I certainly am," he stated. "Extremist? That remains to be seen. "

"Are you dangerous?" he was asked.

Watch the video below from Channel 4 News: