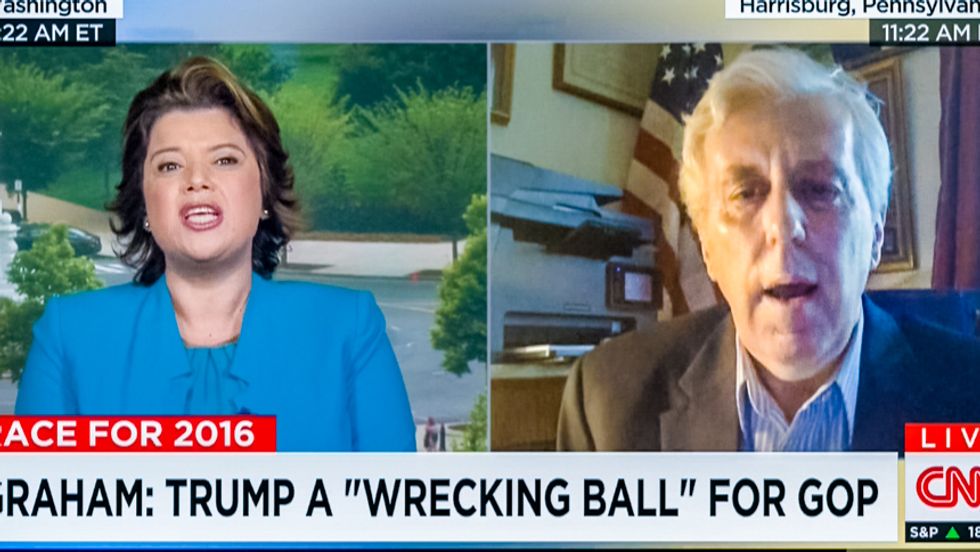 Donald Trump backer Jeffrey Lord got more than he bargained for on Monday when he suggested to Republican CNN contributor Ana Navarro that she had given up her Latina ethnicity when she chose to become a United States citizen.

During a panel discussion about the ongoing fallout from Trump's controversial comments painting Mexicans as rapists, Lord argued that Navarro was coming around to seeing things from Trump's point of view.

"I think the Republican Party had a tendency to paternalize Latinos," Lord opined. "All of these Latinos who came here legally, who did the right thing are being insulted here."

"Thank you for telling me what should be insulting," Navarro shot back defiantly. "But see, I'm one of those Latinos that came here with a visa on a plane, that went through a process. And no, I don't think the Republican Party is being paternalistic. I don't find Marco Rubio, I don't find Jeb Bush paternalistic. So thank you for lecturing me on what I should be feeling about the Republican Party as a Latino."

"Are you not an American?" Lord asked.

"Did I not just say I'm an American citizen!" Navarro snapped.

"There are no Latinos in this country, there are no African-Americans," Lord insisted. "We are all Americans."