'We live in theocratic times': Right-wing Christians are claiming religious freedom to ignore any laws they wish 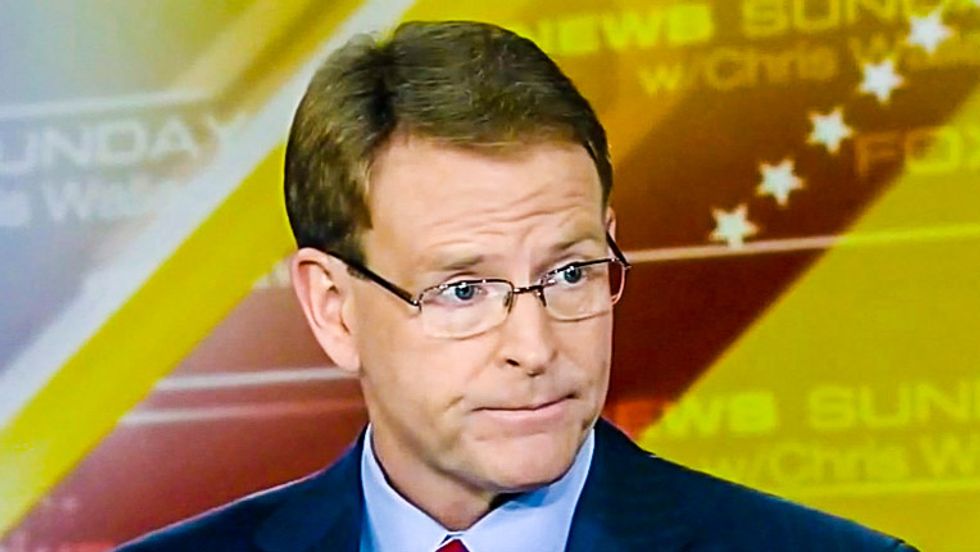 Right-wing Christians are claiming the religious freedom to carve out special rights for themselves and ignore any laws they don't like.

What’s different about recent legal challenges is that the Christian right -- which includes evangelicals and conservative Catholics -- is claiming that individuals and for-profit corporations should be allowed to decide for themselves which laws to follow.

"We live in theocratic times," wrote the paper's author, Frederick Clarkson. "Not in the sense that the United States has become a theocracy, but in that the uneasy theocratic coalition we refer to as the Christian Right remains one of the most powerful and dynamic religious and political movements in American history. Like any other large coalition, the interests of the main players are sometimes in conflict. But they remain bound together by a shared opposition to religious pluralism, the rights of individual conscience, and the separation of church and state."

Court challenges often rely on the phrase “sincerely held religious beliefs” – which comes from the 1993 Religious Freedom Restoration Act that was overwhelmingly passed in response to a court ruling three years earlier that allowed Oregon to deny benefits to Native American employees who used peyote for religious ceremonies.

However, the phrase has taken on a new meaning after it was used by Hobby Lobby to challenge the contraception mandate in the Affordable Care Act.

Conservative lawmakers – at the urging of religious right activists – have pushed for legislation allowing corporations and individuals to discriminate against LGBT customers using language adapted from the Hobby Lobby ruling.

The reaction to a marriage equality court ruling from last year reveals that the Christian conservatives don’t want to share religious freedom with groups that don’t share their right-wing views, according to the investigative report.

“Those who embrace what theocratic evangelicals call a biblical worldview or what Catholics call the magisterium of the Church see their particular religious traditions as the sources of law to which all law must conform,” Clarkson wrote.

A federal judge ruled last year in favor of the United Church of Christ, which had challenged a 2012 North Carolina constitutional amendment that effectively made same-sex marriage ceremonies illegal – and the Christian right was livid.

Tony Perkins, a talk radio host and president of the anti-LGBT Family Research Council, rebuked a caller who had asked him about the Christian organization that had filed the lawsuit.

“I would use that term ‘Christian’ very loosely,” Perkins told the caller. “Here’s a test of what is a true religious freedom: a freedom that’s based on orthodox religious viewpoints. It has to have a track record – it has to come forth from religious orthodoxy.”

Mike Huckabee, the Republican presidential candidate and former Arkansas governor, has made similar claims and warned that legal marriage equality would lead to the “criminalization of Christianity.”

Religious institutions have long enjoyed ministerial exemptions to certain labor laws – but conservative Christian activists and church leaders are pushing to expand the definition of a religious ministry and even teaching employers how to “religify” their organizations.

Catholic prelates in Cincinnati, Cleveland, Honolulu, Oakland, and San Francisco have declared their schoolteachers are ministers and must conform to church teachings in their personal lives after a 2012 Supreme Court ruling expanded the legal definition of teachers.

The Christian right sees the ruling in Hosanna-Tabor Evangelical Lutheran Church and School v. Equal Employment Opportunity Commission as an opportunity to potentially expand the definition of ministries to include charities, hospitals, and even for-profit businesses – leaving them out of reach of labor and civil rights laws.

The conservative Liberty Institute urged Christian-owned organizations to include religious references in job descriptions and other official documents to protect them from civil lawsuits and government regulation.