'What if I called you a n****r?' Man arrested at Chattanooga memorial after shouting slurs at mourners 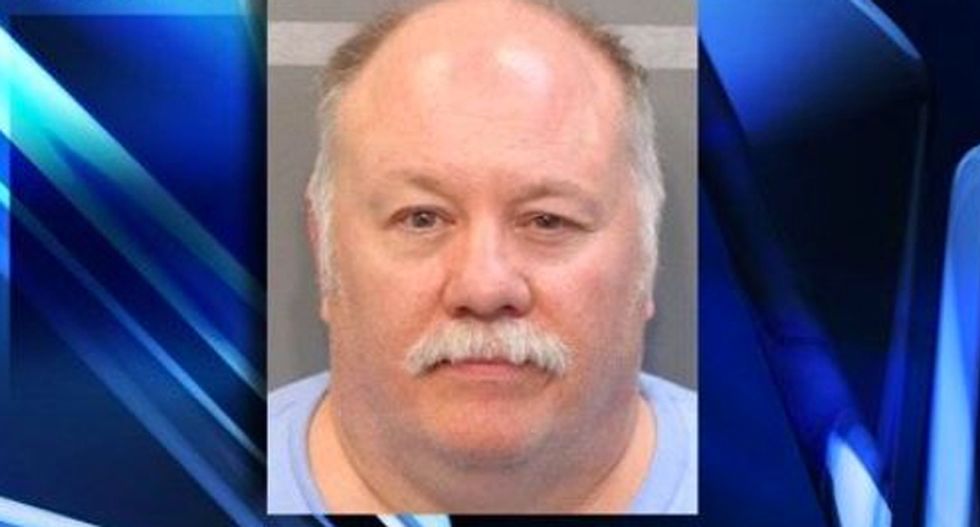 A Madisonville man was taken into custody at site of the Chattanooga recruiting center shooting and charged with intent to start a riot after he shouted slurs at the crowd and then grabbed a police officer, WRCB reports.

James Hutchins, 60, was hustled away from the scene and booked for disorderly conduct and inciting a riot after police repeatedly warned him to stop yelling slurs and arguing with members of the public who had come to the site to pay their respects to the five service members who died last Thursday.

According to police, Hutchins showed up late Sunday and began preaching from the curb.

“This behavior went on for hours and the crowd began to respond in a negative way to his boisterous behavior,” said an officer. “Mr. Hutchins was pointing at the crowd and yelling things like “boy” and “queer” to stir a reaction from the crowd.”

Chattanooga police officer Lt. Mark Smeltzer was dispatched to the scene to try and reason with Hutchins, asking him to be more respectful to others that were there visiting the crime scene. However after Hutchins asked a black police officer, "What if I were to call you a n****r? ” that crowd grew restive and closed in on the man and Smeltzer again had to intercede.

After Hutchins grabbed Smeltzer's arm, asking, "what’s up lieutenant?" he was taken into custody.

Hutchins posted a $2,000 bond and was later released.