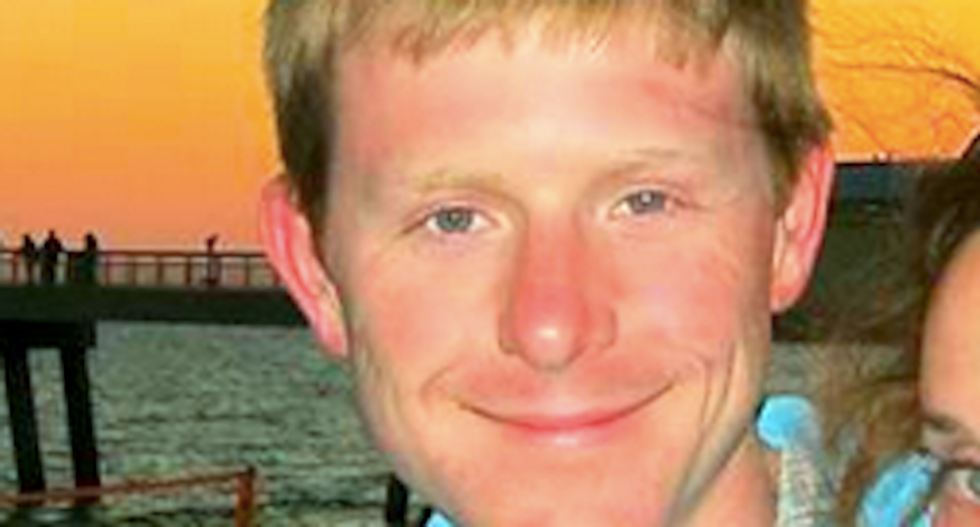 A Mississippi man died Saturday evening after police hogtied him and placed him face-down after he became unruly on his way home from a concert.

Troy Goode, a 30-year-old chemical engineer, was intoxicated after a Widespread Panic concert and rode home with his wife, said an attorney for the man's family.

He started acting rowdy during the ride, jumped out of the car and ran around outside a shopping center about 7:45 p.m.

Police were called, and Goode's wife said the officers aggressively confronted him.

A witness said Goode opened the door to a K-9 patrol car, letting the dog out.

The officers subdued Goode, who was asthmatic, and hogtied him and placed him face-down on a stretcher, the attorney said.

The attorney said witnesses heard Goode, the father of a 15-month-old child, screaming that he could not breathe.

Goode's wife believed police were taking him to jail, but instead they took him to an area hospital -- where he died about three hours later.

"They came and found him, and what happened after that, how he ended up at Baptist (Memorial) Hospital, I don’t know,” said attorney Tim Edwards. “I do know that Baptist reported to Troy’s mother that he was stable, and less than two hours later they called and said he’d expired.”

Police have not released any other details about Goode's death or hospitalization, and his body has been taken to Jackson for an autopsy.

The attorney said he believes a bystander recorded video of the incident, and he asked witnesses to come forward to help explain what happened.

“The family as you might expect is grieving, and they are not irrational at all, but they want answers -- they want to know why Troy died,” Edwards said.