'You have to be honest:' Michael Steele schools the Republican party about racism 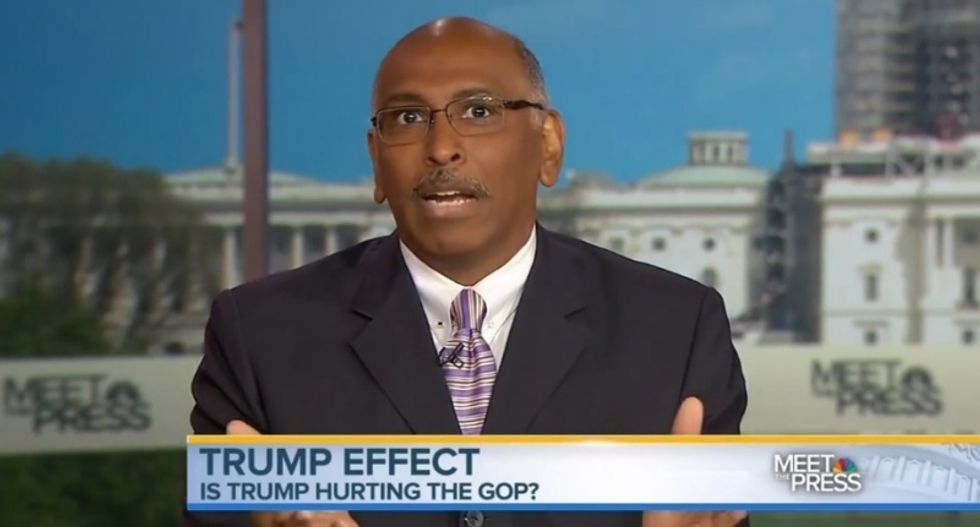 The former chairperson of the Republican National Committee (RNC) took down his replacement on Sunday morning, saying the party's policy of not condemning racism is bad politics, Mediaite reports.

In June, perennial presidential candidate Donald Trump, a Republican, declared that Mexican Americans are rapists and criminals, subsequently costing him a number of lucrative business contracts.

Trump's party, helmed by RNC chair Reince Priebus, has been too slow in speaking out against racist rhetoric in its ranks, Steele says on this weekend's airing of Meet The Press. A black Republican who ran the RNC during one of its most successful election cycles in recent memory, Steele's party ousted him in favor of a white man about two years after his start date. Priebus has run the RNC since 2011.

"You’ve got to have that Sister Souljah moment with the party, where you have to be honest and call it what it is. You’ve got to be authentic. People are sophisticated enough to know when you’re just full of B.S." Steele says on the morning talk show.

"Everyone in the country reacted to this and you didn’t, the party didn’t, and those who want to be president didn’t — until what? This week? That’s a problem," Steele continues.

"It’s a problem of authenticity. It is a problem of legitimacy when you’re going to go speak to that community. What do you say to them?" Steele asks, before mockingly replying, "Oh, I'm sorry, well, we just figured out how we feel about this."

"It's not the place you want to be," Steele finally says of his fellow Republicans.