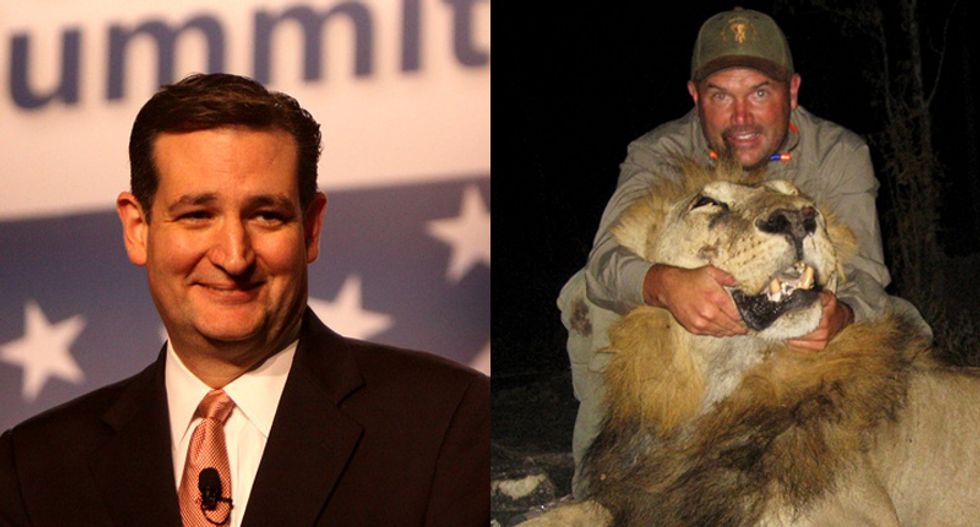 A major contributor to a Super PAC supporting the floundering presidential campaign of Texas Sen. Ted Cruz (R) has something in common with dentist and Romney supporter Walter Palmer -- a taste for big game hunting and a dead lion to show for it.

According to Oliver Willis, Texas energy executive Toby Neugebauer took a trip to the Rungwa Ikili Camp in Tanzania in 2008 where be bagged a lion among other large animals during a hunting expedition.

“Toby’s lion hunt was an extraordinary and even life-changing event,” Neugebauer's wife, Melissa, excitedly wrote.“Toby’s lion was a HUGE old black-maned tom full of the scars of life. A real trophy!”

With its distinctive black mane, Neugebauer's trophy lion was similar to the beloved Cecil the lion illegally poached by Palmer that has sent the Midwestern dentist into hiding, fearing extradition to Zimbabwe.

Neugebauer is the son of Texas Congressman Randy Neugebauer (R) and is well known in the state for large donations to other Republican candidates, including over $100,000 to former Texas Gov. Rick Perry who is facing Cruz in the 2016 Republican presidential primary.