Bernie Sanders: Apology to Black Lives Matter was 'sent out by a staffer without my knowledge' 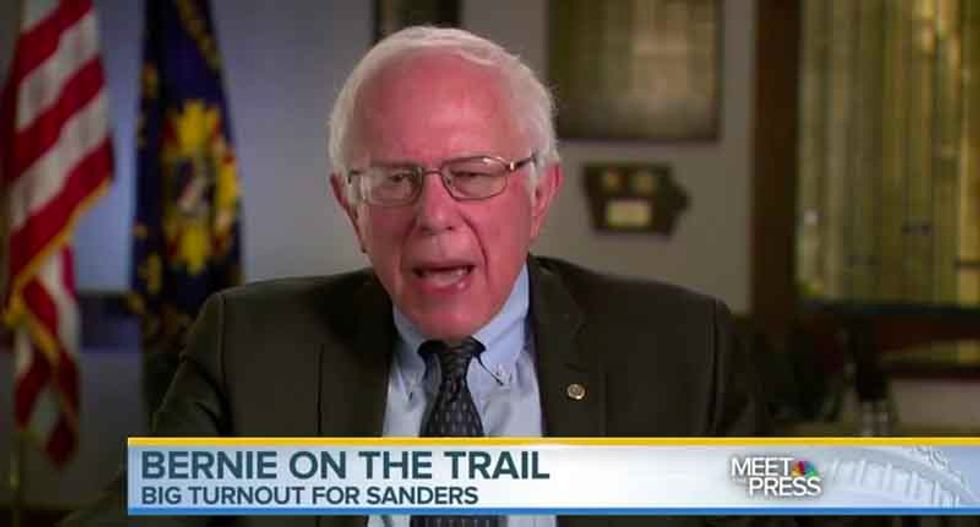 Sen. Bernie Sanders (I) on Meet The Press - screenshot

Appearing with Chuck Todd on Meet The Press, Sen. Bernie Sanders (I) corrected the host when he quoted from article in Buzzfeed saying the Vermont senator had apologized to Black Lives Matter, telling Todd the apology came from a staffer and that it "was sent out without my knowledge."

The Sanders campaign has been in weeks-long tussle of wills with various activists who claim to represent the Black Lives Matter movement, taking the stage at Sanders' appearances and pressing the Democratic presidential candidate to put forward policy solutions for racial justice.

Todd quoted the Buzzfeed article in which an email from the campaign to BLM -- written by Sanders senior staffer Marcus Ferrell --  read, "I apologize it took our campaign so long to officially reach out..." Sanders corrected Todd, letting him know it didn't come from him.

“I understand that you said a staffer put it out, but you felt an apology was necessary?” Todd pressed the senator.

“No, I don’t. I think we’re going to be working with all groups. This was sent out without my knowledge,” Sanders said.

Sanders added: "On the issue of Black Lives Matter, let me very clear, the issue that they are raising is a very very important issue.  And there is no presidential candidate who will be stronger in fighting against institutional racism and, by the way, reforming a broken criminal justice system."