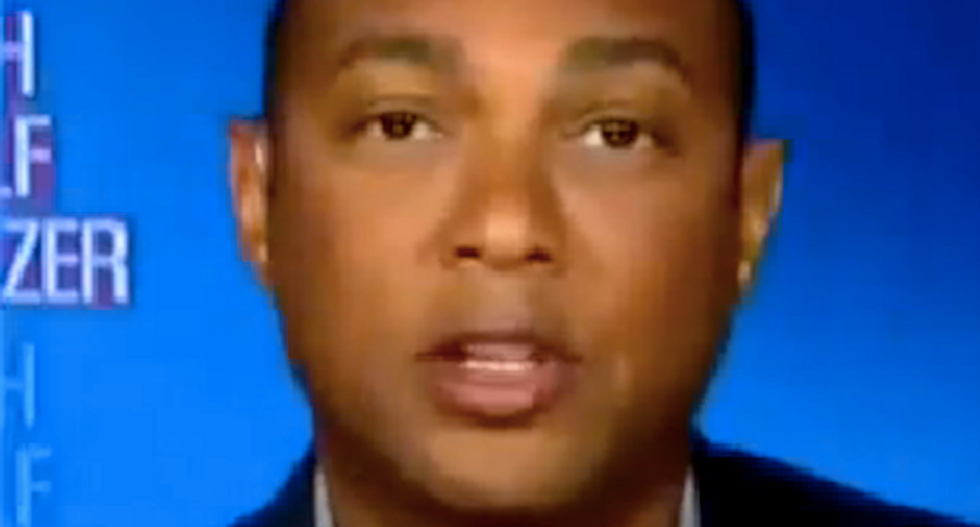 The cable network reported Thursday that Vester Flanagan II, who killed a reporter and photographer and wounded a woman giving an interview, had registered domain names in 2007 and 2008 for pornographic websites aimed at gay men, reported Media Matters.

The domains were registered at least four years before the 41-year-old Flanagan, who was openly gay, began working at WDBJ-TV, where he met the victims, and CNN did not explain why the website names were relevant to the shooting.

"It's just another disturbing twist," said CNN correspondent Drew Griffin during "The Lead with Jake Tapper."

CNN continued reporting on the domain names throughout the day, and Wolf Blitzer promoted a report on the websites with the headline, "History of Instability."

CNN's Don Lemon asked Blitzer why he was reporting on the sites, which he said were legally operated, and he described the reports as "salacious."

"I don't really see the relevance of it," said Lemon, who is also gay.

"I don't want to gay-shame him," Lemon added. "There's nothing wrong with being gay."