Detroit’s transgender community after murder of Amber Monroe: 'Police have have no sympathy for us' 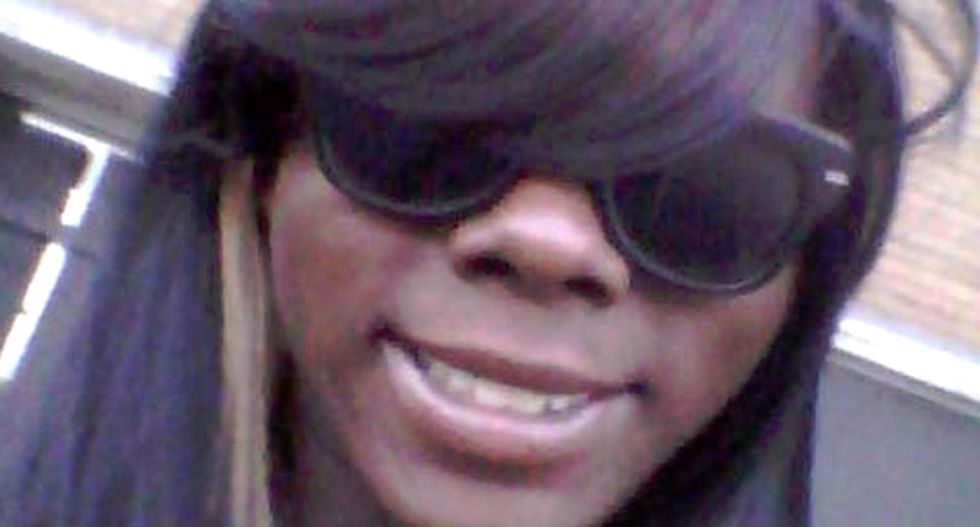 “It could have been me,” Lilianna Reyes, a transgender woman of color, told a crowd of 50 at meeting hosted by the Detroit police department.

Reyes was referring to the death over the weekend of Amber Monroe, a 20-year-old black trans woman who was fatally shot in what police have deemed a homicide.

Her death – which residents say follows four murders of transgender women in 2014 in Detroit’s Palmer Park, and another this summer - has underscored the danger facing the community in Detroit. And many are saying one root cause is intolerance from the police.

“We have to do better ... I know some of you here [are] just like me: I’m nervous around a whole lot of police,” Reyes said, as several officers, including Detroit police chief James Craig, listened mere feet away.

For Monroe - who, according to police, was killed around 5 am on Saturday as she exited a vehicle near Palmer Park - that mistrust was prevalent: Before she was killed, friends say Monroe was shot on two previous occasions, but never approached Detroit police about the incidents.

Craig declined to speak about any fresh details his department has uncovered so far about her killing, nor if it was being treated as a hate crime, during a meeting he convened as an “LGBT Community Chat”.

Although Craig said he did not call the meeting to talk about Monroe’s death, much of the conversation focused around Palmer Park, the site of her shooting and a neighborhood that has historically attracted trans individuals.

Officers “consistently” target trans women in Palmer Park, Reyes said. “They have assaulted them in so many ways by either throwing things at them, verbal assault,” she said. Living in Palmer Park alone makes trans women a target.

In recent years, Palmer Park has seen an influx of new housing and development. On Wednesday, tennis balls whizzed back and forth on nearby courts.

The neighborhood, however, still bears witness to violent episodes, including some typical interactions with police that have soured relations with trans individuals, according to residents.

“If you’re here, and you live in the Palmer Park area, and you come out to walk across the street to go and get something from the gas station,” Reyes said, “You’re stopped and given a ticket for prostitution.

“And that’s an issue,” she said. “The petty crimes of prostitution that are being focused on are overshadowing the violence, the hurt, the murdering of trans women.”

Earlier in the evening, Craig said the department believes prostitution is a “quality of life” issue that needs to be addressed.

But Keanna Mattel, a black transgender woman who lives near Palmer Park, objected to that approach.

“The police are unaware with our struggle so they have no sympathy for us,” she told the Guardian. “Nobody ever asks, what happened to that person to get here?”

In a city where nearly 40% of its residents live below the poverty line, the issues are exacerbated for the trans community: According to the National LGBTQ Task Force, one in four trans women are more likely to live in extreme poverty, with an income of less than $10,000 annually. And one in four trans individuals experience violence.

Trans individuals also face a drastic housing predicament. Homeless shelters in the city require them to identify by the gender they were assigned at birth, advocates told the Guardian. So they can either choose to sleep indoors among a group who likely doesn’t understand their situation, or live without shelter.

That’s why Mattell said the department should be focused on assisting trans women with resources to land a job or earn their diploma.

“You know, these girls are out there, you know they ain’t going nowhere, why not build a relationship with them?” she said. “So that they can feel comfortable coming to you … saying this man hurt me, without laughing at them or saying, ‘That’s what the fuck you get.’”

Those types of remarks are common, Mattell said, and officers frequently don’t respond in times of distress.

“Unless you’re just in the middle of the street, dead bleeding, you can flag down a police officer, and they’ll just ride past you like you never flagged them down,” she said. Craig sought to alleviate the concerns, saying an investigation would be promptly launched - if residents reported such treatment to the department.

But the women fare no better in the legal system: Trans residents and advocates described an alarmingly cyclical process, where some who live near Palmer Park receive citations, face jail time, are released, and return to what they know.

“The way we clean up our community is not to just throw people in jail,” Mattell said. “It’s to offer help, resources, jobs … helping girls get their GED.”

She continued, “The police ostracize us. They think we’re a joke. They don’t take us seriously.”

The level of violence against transgender women in and around Palmer Park is unknown, as Detroit police don’t keep detailed records for specific incidents against LGBT members. Craig told reporters he’s aware of 15 unspecified crimes “connected” to LGBT citizens this year, more than doubling the total reported in 2014, when there were seven.

“When I say connected I mean, we know through the course of the preliminary investigation that there’s a nexus the victim is a member of the LGBT community,” Craig said.

Public records available through Detroit’s online data portal shed additional light on the level of violence in the vicinity of Palmer Park: In 2014, the immediate area where Monroe was killed was the site of a handful of murders, several aggravated assaults, carjackings, and robberies.

“The area in general is bad,” Julisa Abad, a transgender advocate, told the Guardian.

Craig touted improvements during his remarks to the crowd on Thursday. In Detroit, he has appointed Officer Danielle Woods as the police department’s LGBT liaison. Next month, he said, an LGBT advisory committee will be established.

Rebecca O’Hara, a Detroit resident, attested to one positive experience with the police. She said after her transgender son, Ashton, was killed last month, the Detroit police asked if they should refer to Ashton as male or female. “I’ve never got so much respect by the police,” she told the crowd. O’Hara’s treatment stood in contrast to that of Monroe, who was initially identified on Monday by a Detroit police spokesperson as male, a decision that outraged trans advocates who knew her.

Republican Senate leaders are trying to recruit outgoing Arizona Gov. Doug Ducey to run for Senate despite an ongoing FBI corruption investigation into his administration's efforts to issue tax refunds worth up to $100 million to aid one of Ducey's campaign donors.

Ducey, who is term-limited, has repeatedly said he has no plans to run for Senate but according to Politico is the "preferred candidate" of Senate Minority Leader Mitch McConnell in the 2022 race against first-term Democratic Sen. Mark Kelly. The National Republican Senatorial Committee has tried to recruit Ducey into the race and NRSC chair Sen. Rick Scott, R-Fla., has "patiently tried to warm" former President Donald Trump to the idea after Ducey refused to help Trump try to overturn his election loss.