‘Do all lives matter yet?’: Twitter conservatives react to WDBJ shooting just as horribly as you’d expect 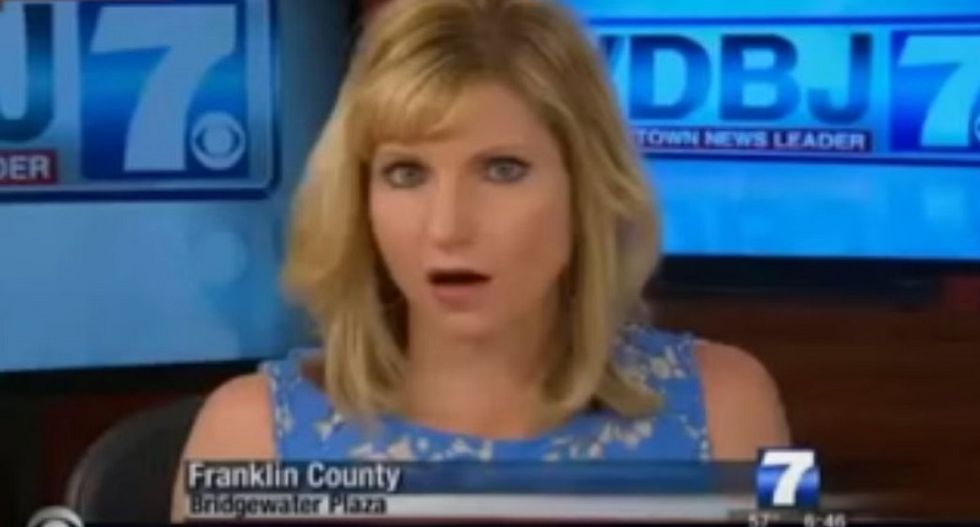 It didn't take long for the horror of Wednesday morning's on-air shooting of a Virginia news team to sink in before conservatives were busy race baiting and gun trolling.

At about 6:45 a.m. local time, WDBJ reporter Alison Parker and photographer Adam Ward were shot point-blank, allegedly by Vester Flanagan who goes by the broadcast pseudonym Bryce Williams. He apparently filmed the attack and tweeted his confession.

Flanagan had tweeted that Parker "made racist comments." His account is now suspended. Flanagan was fired from the station last year and sued WDBJ for discrimination, according to FTVLive. The case was dismissed.

Flanagan shot himself, but his current condition is unclear, with some sources reporting he is in critical condition and others that he has died, NBC News reports.

Delaney expressed rage over the graphic murders by lashing out at the National Rifle Association.

Similarly, Democratic presidential candidate Hillary Clinton was attacked from the right for tweeting grief at the attack and the need to end gun violence.

One Twitter user decided the fact that Flanagan was registered as a Democrat explained everything about the heinous crime.

Some concluded that the Black Lives Matter movement, which seeks to end police brutality and racism in the criminal justice system, was somehow to blame, though Flanagan made no mention of the movement in his Twitter confession or recent Facebook posts.

WDBJ tweeted that they are choosing not to air the video of the shooting, while some expressed anger at CNN for showing the video repeatedly.