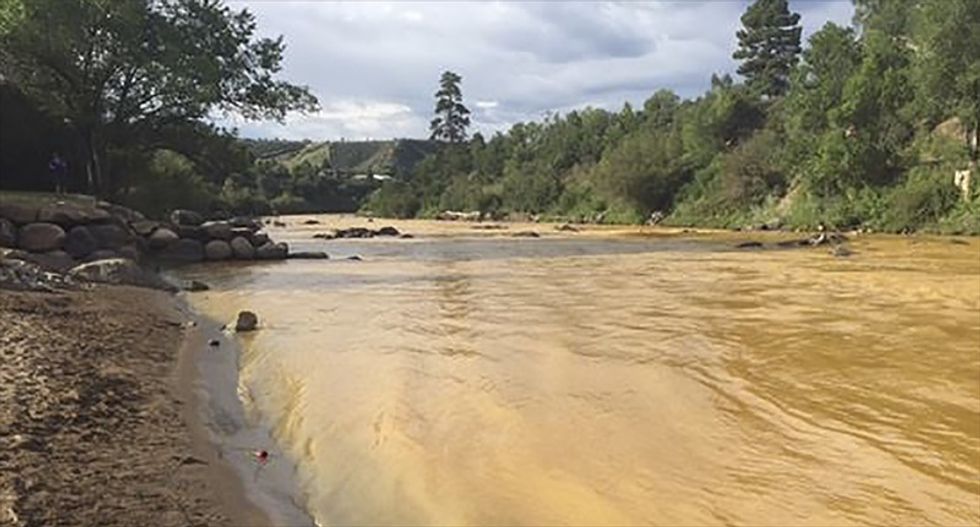 The Colorado department of public health and environment also said on Wednesday that people in the city of Durango can now drink water from the Animas River.

The EPA caused the spill of acidic and heavy metal-laden mining wastewater Wednesday while investigating the inactive Gold King gold mine near Silverton, Colorado.

“We have water quality data from August 7, 8 and 9 from La Plata County that show levels have returned to pre-event conditions,” McCarthy said at a news conference in Durango.

But La Plata County, which includes Durango, is just one small part of the land mass affected by the toxic plume, which initially tested for high levels of lead, arsenic, and other heavy metals. One week after the spill, the plume had flowed into the San Juan River, and has closed waterways flowing through Colorado, New Mexico, Utah and the Navajo Nation.

The EPA’s investigation was meant to remediate the site as part of a project on the nearby Red and Bonita mine.

The headwaters of the Animas River, primarily Cement Creek where the EPA spilled the slurry, have been known to be polluted for years and don’t support aquatic life. There, some toxic acid mine waste has been leaching into tributaries of the Animas for decades.

But the sheer volume and color of the waste leached Wednesday made the spill remarkable.

The EPA initially estimated that 1m gallons of the toxic orange-brown sludge with the acidity of beer had spilled into the Animas River, but four days later upped that estimate to 3m gallons of fluorescent waste.

McCarthy said there is a “hiatus” on similar investigations at mines across the US until officials determine the cause of the spill. The EPA is conducting an internal investigation and said it is expecting an independent inquiry.

Even after the shocking orange-colored initial plume abated, hundreds of gallons of acidic mining wastewater continued to spill every minute. Settling ponds are now capturing water spilling out of the mine, an effort by the EPA to treat the waste before it is released into Cement Creek.

Information on the spill’s impacts on human and environmental health, however, have been sparse, as the EPA waits for analysis of the heavy metal load in both the water column and sediment. Generally, heavy metal loads in the water column are considered less harmful than those in sediment, which can persist for years and be disturbed by natural events such as spring melt.

The EPA’s response to the disaster has been widely criticized by local environmentalists. Many have said the data released by the agency are incomplete without comparisons to historical data or other context and interpretation about what its impacts could be, and that the EPA waited too long to respond to the disaster.

Pressures to reopen the waterways are also beginning to mount as the color of the Animas begins to return to normal, local environmentalists say, and as businesses along the Animas suffer tourist season losses.