Experts warn that eruption of Yellowstone supervolcano could kill 90,000 instantly 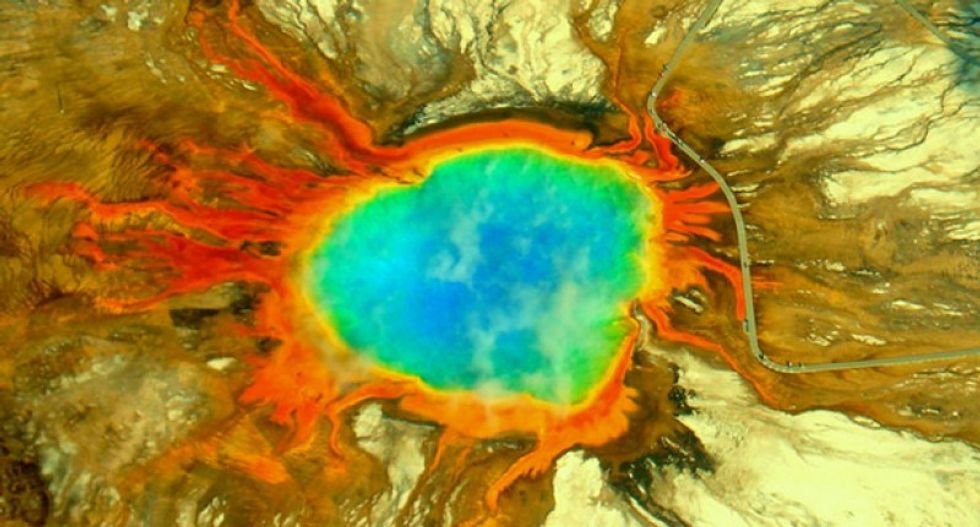 Scientists and geologists continue to keep a close eye on a volcano in Yellowstone National Park that has the potential to kill over 90,000 and blanket the atmosphere with a dust cloud that could usher in a nuclear winter.

According to the Daily Mail,  experts have been watching the volcano for changes since they discovered a second gigantic magma chamber beneath the volcano in April, saying it is large enough to fill up the Grand Canyon 11 times over.

Saying there is a one in 700,000 annual chance of a volcanic eruption at the site, they nonetheless warn that an eruption could have a devastating impact that would be felt worldwide.

Experts state that an eruption could release a 10 foot layer of molten ash spreading a 1,000 miles from the park.

According to scientists, ash buildup, "would block off all points of entry from the ground, and the spread of ash and gases into the atmosphere would stop most air travel, just as it did when a much smaller volcano erupted in Iceland in 2010."

Sulphuric gases released from the volcano would then mix with water vapor in the air, dimming sunlight and cooling temperatures.

While an increase of a probable eruption can sometimes be seen when the ground around the volcano begins to rise, not all volcanoes exhibit the same warning signs.

“Hekla in Iceland is well understood and monitored. But we still only get around 20 minutes notice that it’s going to erupt. Which is why I won’t climb it,” explained volcanologist Dave McGarvie, from The Open University.

The supervolcano eruption is a worst case scenario, with the United States Geological Survey (USGS)  issuing a study last year saying an eruption might only heavily impact cities up to 300 miles from the park with up to three feet of ash, while coastal cities in New York and California would get only a fraction of an inch.

Scientists estimate the Yellowstone volcano last blew its top about 640,000 years ago.

Aerial footage taken by drone of the Yellowstone site below: