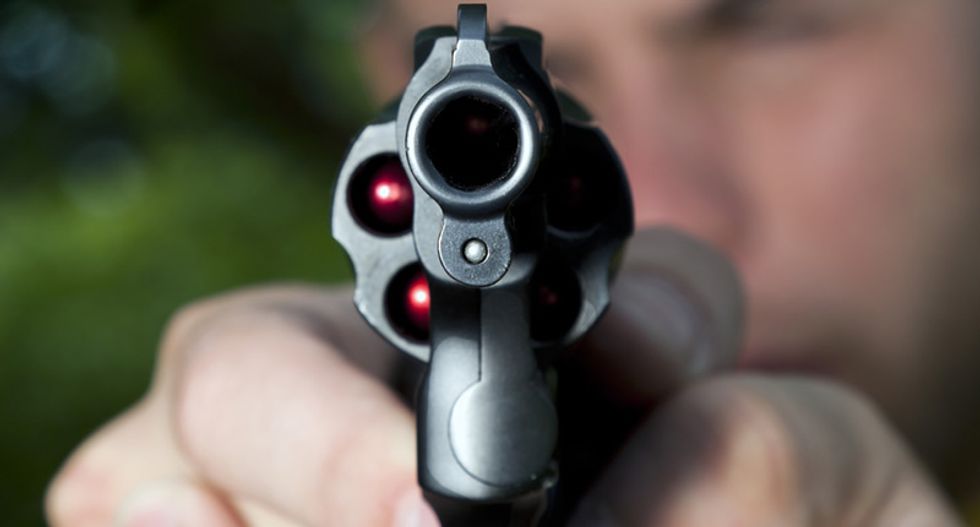 Investigators in Florida said this week that a Lake County neighborhood watch volunteer had a right to use deadly force after he shot a 16-year-old boy who he claimed was robbing a neighbor's home.

WFTV reported that the man was walking his dog on Tuesday when he "saw someone who appeared to be casing the neighborhood."

Authorities told the station that the man later witnessed the teen burglarizing a home in the neighborhood so he armed himself and returned to confront the boy.

"He went to the back of the home, noticed a broken window in the back and at that point a television came flying out the window," Lake County Sheriff's Office spokesperson Lt. John Herrell explained.

According to investigators, the suspect tried to flee, but the man "ordered him to stop."

"The witness went around, confronted him as he was coming out of the home, ordered him to stop, at which time the suspect refused, charged at the witness and the witness shot him one time," Herrell said.

WFTV legal analyst Bill Sheaffer noted that the man's claim that the boy "charged" him made the shooting legal under Florida law.

"Certainly the biggest factor in this case is the allegation that the teenager charged the shooter," Sheaffer remarked. "If the teenager hadn't charge the shooter you'd have a completely differently scenario."

Residents of the Lake County neighborhood told WFTV that most of people who lived there were armed. Resident Charlene Coomer called the shooting "awesome."

"Yeah, that's awesome," Coomer insisted. "I know that he is part of the Neighborhood Watch. We have lived here for three years and we have never had anything like this."

"He did what he thought was right and I believe it too," Phillip Elliot agreed. "He was trying to help out his fellow neighbor, that's what he was doing."

The 16-year-old suspect was recovering from a gunshot wound to the shoulder at Orlando Regional Medical Center. Investigators were trying to determine if he acted alone. Deputies said that the investigation was ongoing.

In 2012, Florida neighborhood watchmen George Zimmerman shot and killed 17-year-old Trayvon Martin. Zimmerman was eventually charged of second-degree murder, but he was later acquitted of the crime.