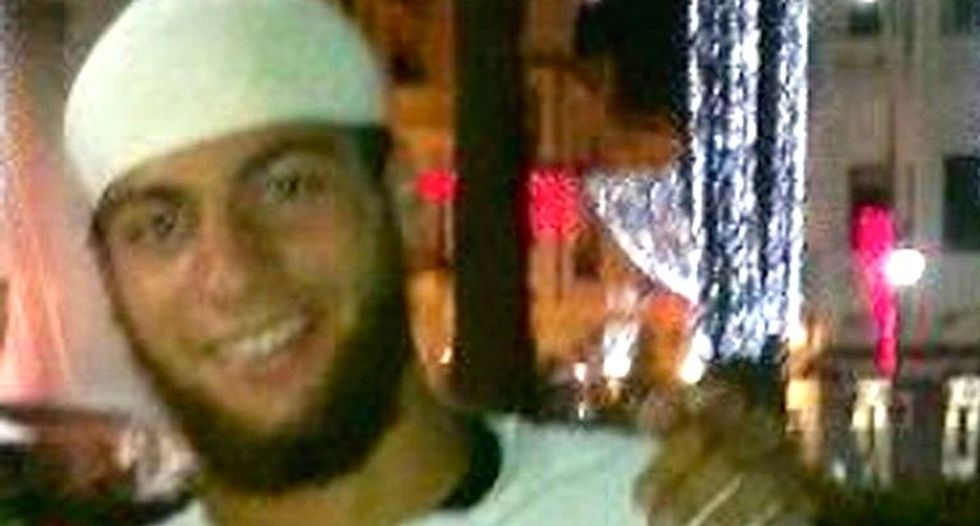 French prosecutors said Tuesday there was a raft of evidence suggesting that the man arrested for last week's train attack carefully prepared a jihadist assault that would have ended in carnage had passengers not intervened.

Ayoub El Khazzani, a Moroccan national, boarded a high-speed train in Brussels Friday armed with a Kalashnikov assault rifle and 270 rounds of ammunition, as well as a Luger pistol, a bottle of petrol and a box-cutter, said Paris prosecutor Francois Molins.

The 25-year-old walked out of a toilet cubicle armed and topless before being wrestled to the floor and subdued by two young American off-duty servicemen, their friend and a 62-year-old British consultant who have since been given France's top honour, the Legion d'Honneur.

A Franco-American man was shot and injured in the attack, which Molins described as "targeted and premeditated".

Khazzani's claims to investigators that he was only planning to rob passengers were "barely credible", said Molins, adding that he had grown increasingly evasive in his responses to police and stopped responding entirely on Monday.

Molins outlined a raft of evidence indicating why Khazzani was being probed for "attempted murder" as part of a terrorist plot.

This included the fact that Khazzani flew back in June from a town in southern Turkey -- "a possible passageway into Syria" -- and that he watched a video "calling for violent acts in the name of radical Islam" on his phone prior to launching the attack.

Molins also raised suspicions about how Khazzani was able to afford a 149-euro ($171) first class train ticket, given his claims to be sleeping rough in Brussels.

Ticket sellers at the station have told investigators that Khazzani paid in cash and turned down an earlier journey where seats were available, which Molins said was an indication the target had been carefully chosen in advance.

He also dismissed as "absurd" claims by the suspect that he found the stash of weapons and mobile phone in a park where he was sleeping rough the night before.

And he said that Khazzani's Facebook page had mysteriously been disabled on Saturday -- the day after the foiled attack.

In footage caught by the iTele network, Khazzani was seen arriving at the Paris courthouse on Tuesday -- where a magistrate will decide whether or not to charge him -- flanked by policemen, barefoot, handcuffed and with a mask over his eyes.

French authorities have until Tuesday evening to charge or release Khazzani, who had been on the radar of several European intelligence agencies.

But several gaps remain in his back story.

He lived in Spain for seven years until 2014, where he came to the attention of authorities for making hardline comments defending jihad, attending a radical mosque in the port of Algeciras and being involved in drug trafficking.

Molins said he had also spent time in France in 2014 working for mobile phone operator Lycamobile -- a claim confirmed by the head of the firm who said Khazzani stayed for two months and left because he did not have the right work papers.

In May this year, he came onto the radar of intelligence services when German authorities warned he had boarded a plane for Turkey, seen as a possible sign that he travelled to war-torn Syria.

In June, he landed back in Albania, and on Friday, Khazzani boarded the Amsterdam-Paris train in Brussels.

Belgium has also opened a probe into the attack, with police carrying out searches at the homes of Khazzani's sister and one of his friends in Brussels, where he was believed to have spent several days.

A prosecutor said nobody was arrested or questioned, but several items were removed for investigation.

France has been on high alert since three jihadist gunmen went on a killing spree in and near Paris in January, leaving 17 people dead.

"The aggression that took place on Friday... which could have degenerated into a monstrous carnage... is fresh proof that we must prepare for other attacks and therefore protect ourselves."

But in rosier news, the US city of Sacramento said it would hold a parade of honour for the three young Americans who tackled the gunman: Alek Skarlatos, a 22-year-old National Guardsman, Spencer Stone, a 23-year-old US Air Force member, and Anthony Sadler, also 23, a student at the state university.

They were awarded the Legion d'Honneur by Hollande on Monday, along with British consultant Chris Norman who helped overwhelm Khazzani.