Get over yourself: Your feelings about sex work don't trump sex workers' rights 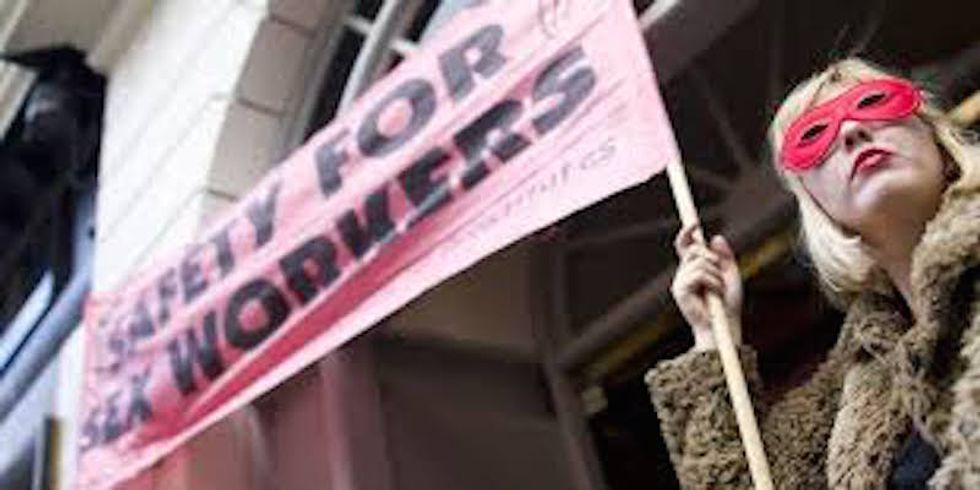 Dear non-sex workers: the debate about decriminalization should be about the lives of sex workers not your feelings about sex work.

At their yearly meeting on Tuesday, Amnesty International cast a historic vote recommending the decriminalization of sex work . The controversy around this decision had started weeks earlier when a draft of the NGO's position had been leaked on line. Feminists like Lena Dunham, Kate Winslet, and Anne Hathaway signed a letter condemning the organization for advocating decriminalization.

Let's look at what Amnesty International's position actually is. Their Resolution on State Obligations to Respect, Protect, and Fulfill the Human Rights of Sex Workers states

REQUESTS the International Board to adopt a policy that seeks attainment of the highest possible protection of the human rights of sex workers, through measures that include the decriminalisation of sex work, taking into account:

These last two points are extremely important. Amnesty's position is informed by the fact that decriminalizing makes it easier for sex workers to seek out protection. It's fairly obvious that if you're defined as illegal, you won't want to go to the authorities to report that someone is abusing you.

Despite what critics say, Amnesty is not advocating decriminalizing trafficking. In fact, they explicitly state their opposition to trafficking and implore states to pursue it as a crime:

But perhaps most important is the fact that Amnesty International's position is based not on ideology or feelings or opinions or abstract principles, but evidence. Their resolution is based on "The evidence from Amnesty International’s and external research on the lived experiences of sex workers, and on the human rights impact of various criminal law and regulatory approaches to sex work."

Sadly, this evidence, or the fact that it is driving Amnesty's decision is irrelevant for many people who are opposing the organization's recommendation . Because many of those who are most outraged and offended by Amnesty's position are focusing on their own feelings and opinions on sex work, they will not be swayed by things like data and evidence. They cling to soundbites, they extol justice and condemn exploitation in the theoretical realm.

The thing is that the people and bodies who advocate for decriminalization--sex workers, sex workers organizations like The Global Network of Sex Work Projects, Sex Workers Outreach Project, and Sex Workers Project, NGOs like the World Health Organization,  UNAIDS,  and medical professionals like those at The Lancet--also care about justice and exploitation. But it's not theoretical for them. It's based on the experience of sex workers and a developing body of evidence.

I spoke to Melissa Gira Grant, the journalist and author of Playing the Whore: The Work of Sex Work, on my WBAI radio show this week. One of the things we discussed was the distracting debate over whether sex workers are empowered or victimized. Regardless of how you see sex work, she stressed, sex workers themselves are safer when their work is decriminalized. This is especially true if you think that sex workers are often exploited. Gira Grant said, "The decriminalization of sex work... protect[s] sex workers from the harms they might experience because what they do is considered a crime or they themselves are considered outlaws or criminals...." When sex work is criminalized,  "that creates dangerous situations for sex workers and environments where, when sex workers’ rights are violated, they have very little recourse in the legal system." For Gira Grant, "the issue of empowerment comes in at: are you empowered to take advantage of your rights? Are you empowered to get justice when you experience violence? Are you empowered to negotiate the conditions of your own work? And criminalization makes all these things really, really hard."

Many of the arguments against legalization are hypocritical. Acknowledging that workers are safer under certain circumstances doesn't mean you are endorsing a particular industry, or the capitalist system. The garment industry is rife with exploitation and is part of a system that enforces class inequities. Nobody suggests banning it. You could argue that there is nothing inherently exploitative about sewing. Then how about boxing? Isn't that inherently abusive? Should boxing be banned? Or should safety mechanisms be put in place? Does anyone believe boxing would be safer or boxers would be safer if it were criminalized and pushed into the criminal underworld?

The thing that’s so frustrating about the empowerment conversation is it’s a double standard. We don’t apply this to anybody else in any other job. We don’t say to the fight for 15 folks, “do you really love McDonalds? I dunno! I’m not so sure.” Why is this somehow the exception where labor organizing is somehow impossible? Where people think it condones an industry? Would we say [that about] workers in other industries that are dangerous or that we don’t accept?

Do we only believe in organizing for the rights of workers whose jobs we would like to do?

Instead of having a discussion grounded in evidence, the debate becomes an ideological pissing contest. "Are we trying to protect people from the very dire situations that all workers face when their rights are not respected?" Asked Gira Grant. "Or are we trying to express some kind of opinion?" The debate focuses on our opinions on sex work and not making the lives of sex workers better:

some folks on the opposition [are] primarily opposed to... sex work itself existing ever… And so...it becomes this… conversation about our feelings on sex work rather than having a real grounded conversation about what’s going on in people’s lives. What do they need. Let’s have pro and con conversations about policy. Let’s do that. But let’s not do that in this abstract way that has nothing to do with the lives of sex workers.

Keeping sex work illegal is especially perilous when we realize that much of the violence perpetuated against sex workers is police violence.

The debate over the nature of sex work is a luxury: "You know, to be honest, when police arrest you they don’t ask you are you empowered or are you a victim. They’re just going to take you away."

Listen to the entire interview with Melissa below (it starts at 28:19) subscribe to the show on Itunes, or follow it on Soundcloud.