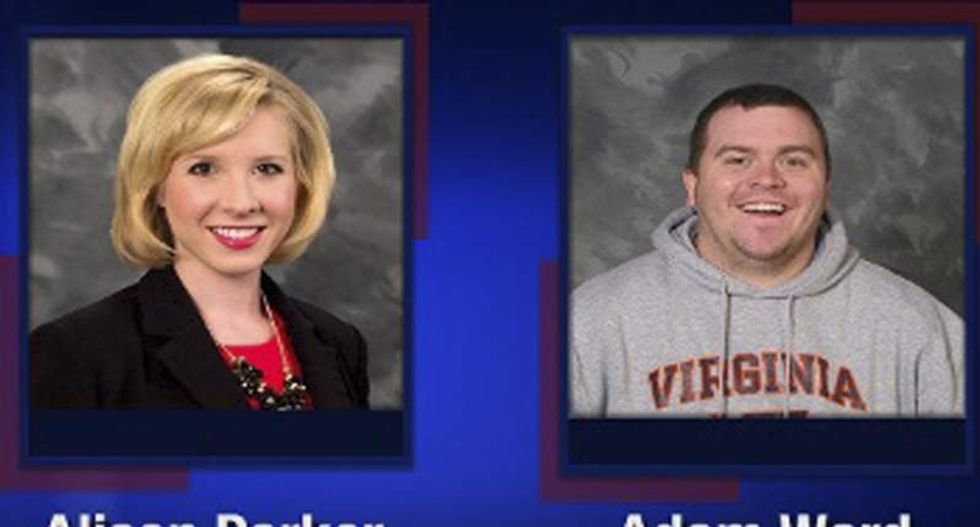 Alison Parker and Adam Ward are pictured in this handout photo from TV station WDBJ7 obtained by Reuters on Aug. 26, 2015. REUTERS/WDBJ7/Handout via Reuters

The cover shows images uploaded online by the gunman, 41-year-old Vester Flanagan, who also killed cameraman Adam Ward in the attack on Wednesday morning while the two journalists were conducting a live interview with with a third victim, Vicki Gardner. Gardner was shot in the back during the assault. Flanagan later shot and killed himself.

The Daily News' headline read, "Executed on live TV," and was first posted at 10:19 p.m. EST on the newspaper's Twitter feed. The Raw Story has opted not to show the individual picture.

The cover was quickly criticized by journalists from a variety of outlets, as seen below:

@NYDailyNews zero respect for the families involved. not even sure the post would do this.
— justin block* (@justin block*)1440642299.0

The response to the Daily News cover came after many journalists took up another tag online to show solidarity with Parker and Ward. As CNN reported, the tag #WeStandWithWDBJ, which originated with KVUE-TV producer Vicki Chen, gained traction after she posted a picture of herself with her photographer, as seen below:

#WeStandWithWDBJ. Proud & not afraid to be a journalist today. From, your journo family in #SanDiego @AlejandreNBCsd http://t.co/gAzZXNeWCJ
— Candice Nguyen (@Candice Nguyen)1440641287.0