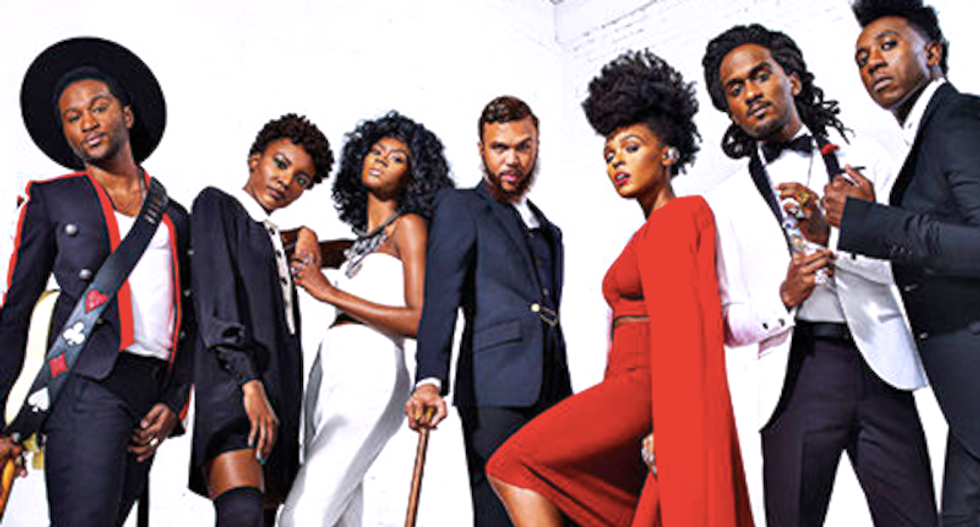 A group of musicians led by R&B singer Janelle Monáe have recorded the unofficial theme song of the Black Lives Matter protest movement.

"This song is a vessel," Monáe explained on Instagram. "It carries the unbearable anguish of millions. We recorded it to channel the pain, fear, and trauma caused by the ongoing slaughter of our brothers and sisters. We recorded it to challenge the indifference, disregard, and negligence of all who remain quiet about this issue. Silence is our enemy. Sound is our weapon. They say a question lives forever until it gets the answer it deserves... Won't you say their names?"

The song is spare, haunting and raw -- and its simplicity lends itself to impromptu live performances at protests or by school marching bands.

Wondaland Records released their debut EP, "The Eephus," on Friday and are currently touring the U.S.

Watch the group perform the song on their first tour stop Wednesday in Philadelphia: