Maine’s Tea Party Gov. Paul LePage to voters: ‘You don’t have to impeach me’ — I’ll quit if you want 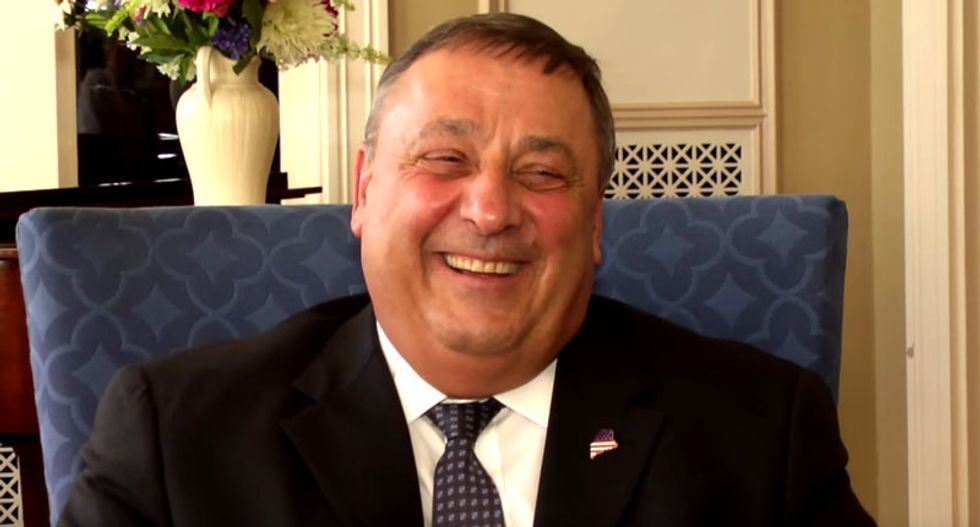 Maine's outspoken Tea Party Gov. Paul LePage said that he will be glad to resign from office if enough people in the state ask him to.

According to the Bangor Daily News' Fighting the Tides blog, the governor made it plain in a July interview about pending impeachment proceedings that he would only continue to serve as governor while the people want him there.

“If the people of Maine want me, I’ll do the job. If they don’t want me, just ask me to leave. You don’t have to impeach me," LePage said to WGAN radio. "So far, I’ve only got four people write me that wanted me to resign.”

LePage has spent his more than four years in the governor's office shooting from the hip, speaking his mind and acting, some say, like a "meaner Bill O'Reilly."

Salon's Elias Esquith wrote of the governor, "For example, here’s how LePage tends to talk about his opponents — who are, in many cases, members of the general public: They’re idiots, liars and spoiled little brats; they’re corrupt, spineless and like the Nazis. He’s attacked Democrats in the state Senate with homophobia; and he’s joked about having his critics shot."

LePage was re-elected for a second term in 2014, but has since badly bungled the legislative process, accidentally enacting some 65 laws he meant to veto because he failed to follow the proper guidelines.

Now, Republicans in the state legislature are attempting to distance themselves from the prickly, contentious LePage, who apparently finds no insult or slight to be too petty to not return in kind.

A constituent wrote to LePage earlier this year asking him to step down. The woman, Louise Sullivan of Cape Elizabeth, received a handwritten note back from the governor accusing her and all of southern Maine of being "corrupt" and telling her "Not going to happen!" regarding her request that he resign.