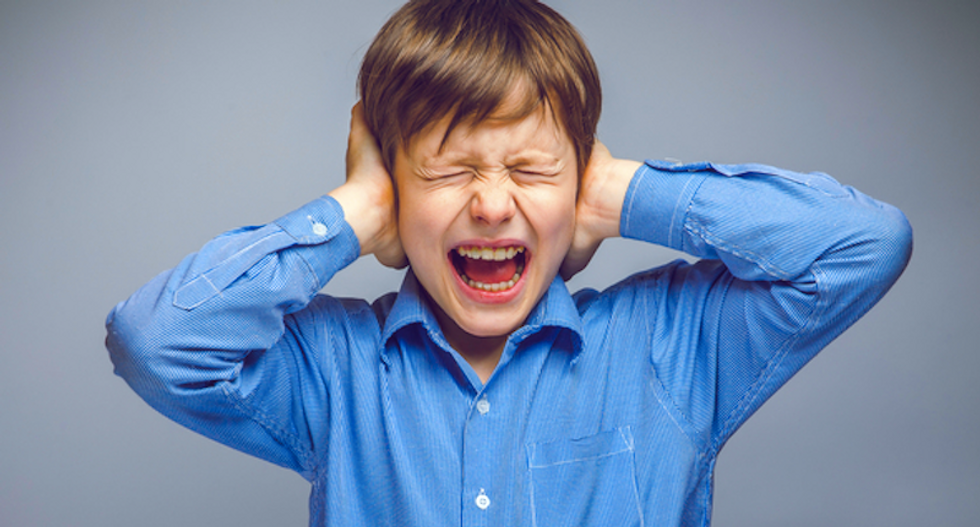 A Massachusetts couple have sued their son's private school, claiming that its strong wi-fi signal have caused the 12-year-old boy to become sick.

The suit claims the boy was diagnosed with electromagnetic hypersensitivity syndrome after experiencing frequent headaches, nosebleeds, nausea and other symptoms when the school installed a stronger wireless Internet system two years ago, reported the Telegram & Gazette.

The family is asking a federal court to order the Fay School, the oldest boarding school in the country, to switch to an ethernet cable Internet, weaken the wi-fi signal in their son's classroom or make some other accommodations for him.

The suit, which claims the school has violated the federal Americans with Disabilities Act and its own handbook, also seeks $250,000 in damages.

The Southboro school said it had hired a company that specializes in measuring radio communication signals and other emissions to analyze the signal, and those tests found its wi-fi signals were recently found to be well below levels required by federal safety standards.

The family's attorney has asked U.S. District Court Judge Timothy S. Hillman to move up a scheduled hearing so the case might be resolved in time for the boy, a day school student, to attend classes once school begins Sept. 9.

The lawsuit says the parents would withdraw the boy from school if it cannot accommodate him, but they argue that doing so would interrupt his education.

The family has submitted letters from several doctors who claim the boy suffers health problems from the school's wi-fi system -- which the suit claims "emits substantially greater radiofrequency/microwave emissions" than the signals used in most homes.

“It is know(n) that exposure to WIFI can have cellular effects,” said Dr. Jeanne Hubbuch, who diagnosed the boy. "The complete extent of these effects on people is still unknown. But it is clear that children and pregnant women are at the highest risk. This is due to the brain tissue being more absorbent, their skulls are thinner and their relative size is small.”

The World Health Organization says electromagnetic hypersensitivity is characterized by a variety of non-specific symptoms that are not part of any recognized syndrome.

A number of studies have attempted to provoke these symptoms under controlled laboratory conditions, but most of those found that subjects could not detect electromagnetic exposure any more accurately than those who do not complain of hypersensitivity.

Experts believe some symptoms may be caused by unrelated environmental factors — such as flickering fluorescent bulbs, poor ergonomic design in work stations or air quality – and the WHO advises physicians to focus on treating symptoms rather than eliminating electromagnetic fields in the patient’s home or workplace.

The family complained that Fay School officials threatened to remove the boy if his parents talked about their son's condition with anyone else associated with the school.

They were also unhappy that a physician recommended by the school dismissed their concerns about wi-fi emissions after speaking with the boy for just 10 minutes and performing no diagnostic tests.

“This doctor stated in essence that he does not believe in EHS,” the lawsuit says. “Yet he made no alternate diagnosis.”

How on earth did Anderson Lee Aldrich have a gun? That's one of the biggest questions lingering in the aftermath of the shooting at Club Q on November 19. On December 6, Aldrich was formally charged on 305 separate criminal counts after a shooting left five people dead and 22 injured, all staff and customers at an establishment that has been characterized as a "sanctuary" for LGBTQ people in the largely conservative community of Colorado Springs, Colorado. Despite conservatives seizing on Aldrich's lawyers saying the defendant is nonbinary in a court filing, the Republican district attorney, Michael Allen, included 48 counts of bias-motivated crimes in the charges.

This was not Aldrich's first brush with the law, though the word "brush" really underplays what allegedly happened in June 2021. Stories have trickled out of Colorado for a couple of weeks now, but on Wednesday the Associated Press released a stunning, in-depth report that should raise the question of why Aldrich had been allowed to own guns.