Modafinil: The 'smart drug' leading the charge towards a future of neuroenhancement 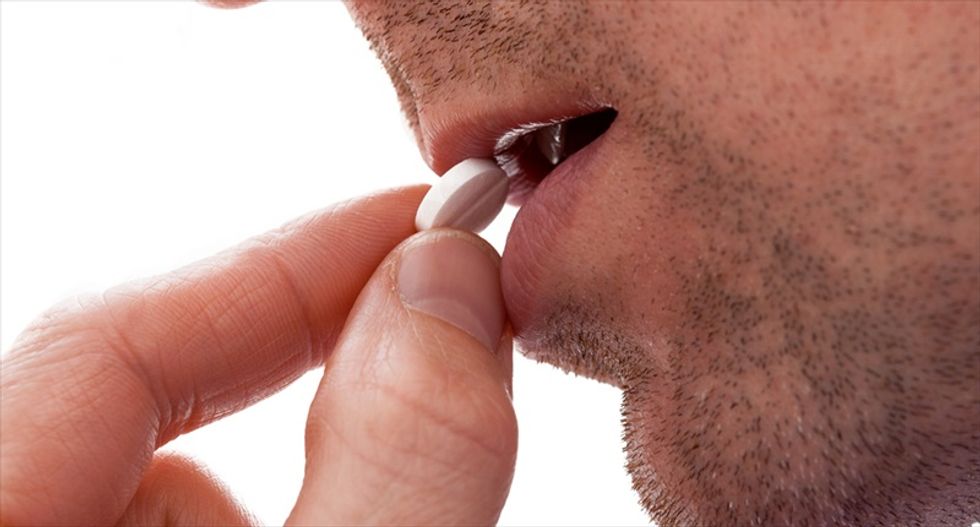 Extension of our “natural” capacities through science and technology is not a new phenomenon – it has been a key driver of many evolutions of human society throughout history: movement with the wheel; navigation with the compass; communication with the wire. The field of “neuroenhancement” – using our understanding of how the brain works more directly to try to improve the way it functions – might well be the next such catalyst.

Our new research reviewing the cognitive effects of the “smart pill” modafinil has found that it can improve the performance of healthy people on cognitive tasks, meaning it can be considered the first of these “neuroenhancement agents”. But, what is also clear is that we need to radically improve the way that we analyse the effect this kind of drug has on both healthy brains and wider society.

Modafinil is a stimulant drug, licensed by the Food and Drug Administration to help people with sleep disorders stay awake. This means that its safety in humans has been confirmed in a clinical context, over a relatively long time period, and multiple doses. In these individuals, as well as many others with neuropsychiatric disease, modafinil intake has been found to improve a wide range of cognitive functions, bringing them closer to “normal”. In sleep-deprived individuals, including pilots and doctors, modafinil also appears to have this effect.

But, we wanted to find out what affect it had on healthy people, who were not sleep-deprived. Over the 24 studies we reviewed between 1990 and 2015, modafinil intake appeared to also be able to improve cognitive functions, in particular “higher” cognitive functions, such as problem solving and planning. This improvement was not seen every time, on every test, for every person; and, for some cognitive functions, like attention and learning and memory, many studies failed to show any difference at all.

We were even able to make a few suggestions of how it might be doing this: for instance, the effects we observed could be explained by a “top-down” effect on cognitive processing, driven by amplification of activity in the pre-frontal brain regions. Critically, in the studies we examined people taking modafinil reported a very low number of side effects, all of which were seen in equal proportions in placebo groups taking the same tests.

While collecting the data for our study, we were surprised by the methodology used by the studies we were examining. First, the total number of studies that focused on healthy people was very low, as was the number of people they each assessed – around 30 participants per study, on average. Second, many of the studies used cognitive tests that seemed inappropriate – tests normally used to assess cognitive defects in people with neuropsychiatric illness or neurological disorders. The problem with this is that healthy people perform very well in them without taking the drug – known in science as a “ceiling effect” – and so improvements in performance on a substance are harder, if not impossible, to detect.

When we reassessed our findings in this context, the cognitive benefits of modafinil appeared much stronger, over a wider range of domains, including attention, executive function, and learning and memory. This was one of our paper’s main differences from previous reviews, which had not given as strong support for modafinil’s status as a cognitive enhancer because they had not included any deeper examination of the cognitive tests used.

Our study indicates that, in controlled scientific environments, the use of modafinil for cognitive enhancement is safe and effective – keeping in mind that most of the studies we looked at only gave the drug once, reducing our ability to make longer-term claims

There is a strong case to be made for continuing this assessment using classical scientific approaches, with improved testing regimes, a larger participant pool, prolonged administration periods, use in combination with other interventions – such as cognitive training and noninvasive brain stimulation – and monitoring physiological changes and differences relating to a person’s age.

However, given the extensive unlicensed use of modafinil by people without sleep disorders, a more useful and ethical approach might be to use a more life-like testing context to explore its effects. So, perhaps the more important finding of our study is that the infrastructure we currently use to assess neuroenhancement is inadequate. We need to design, improve, and standardise cognitive testing regimes for high-functioning people.

The future of neuroenhancement

Even the issues outlined above pale in comparison to the question of how best to integrate technologies and pharmaceuticals that interact more directly with the brain into everyday life. These agents are undoubtedly coming, and soon: consider the next generation of smart pills and smartphones; Google Glass and Microsoft HoloLens.

These developments have huge potential to alter our inner selves: extension of the range and depth of human comprehension and action could allow us to more deeply appreciate the mysteries and beauty of the world around us, redefine relations and relationships, and gain a greater understanding of our mental drives and afflictions. Equally, it could allow us to become more productive, innovative, and resilient.

However, as always, accompanying this positive potential is a serious risk of harm: issues of who gets to use the drugs, dependence, and manipulation abound. But, rather than immediately referring to these issues as a means of ultimate rejection, we need to consider advances fairly, fully, and in light of the benefits they could deliver.

To do this effectively and justly, we need to create a better platform for societal debate on this topic – where the development, assessment, and regulation of such agents can be influenced by all equally, before they reach consumers.