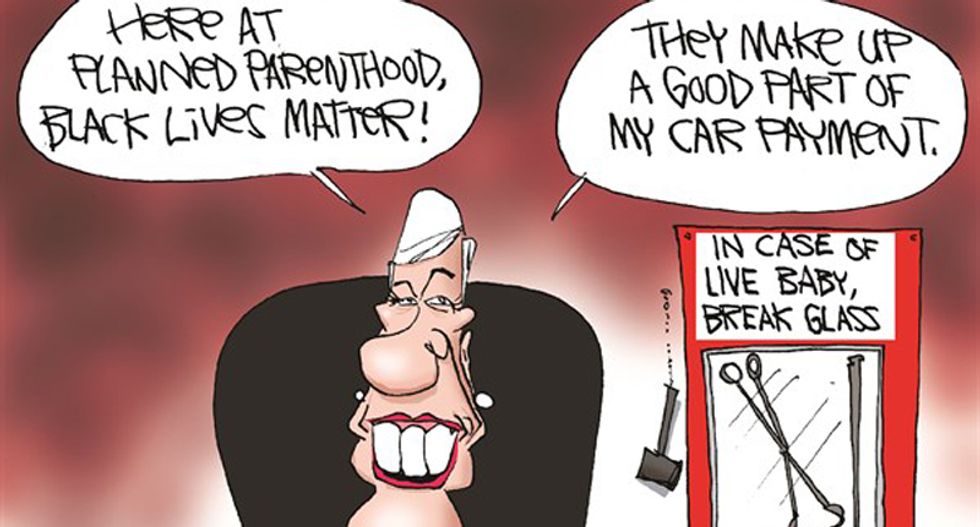 The all-male "No News Team" opinion columnists of the Great Falls Tribune defended the publishing of a syndicated cartoon linking Planned Parenthood to Black Lives Matters, saying the cartoon is not racist and the creator's intent was to portray the health provider as a racist organization.

After receiving complaints from readers, the columnists blamed the responses on how "entrenched political beliefs, name calling, and personal attacks can be used in an attempt to squelch discussion or debate of important issues."

"Quite obviously, the cartoonist is suggesting that Planned Parenthood is a racist organization, or at least acts in a racist way, by positioning itself to provide most of its abortions to people of color. This was confirmed by the cartoonist who replied to a Tribune inquiry: 'Those who are OK with disproportionately killing black babies, while claiming ‘Black Lives Matter,’ apparently choose to appease their guilty conscience by instead crying ‘racist’ at the tellers of truth,'" the editorial explained.

Accusing Planned Parenthood of being a racist organization is an article of faith among conservatives who point to comments made by founder Margaret Sanger who founded the American Birth Control League, which later became the Planned Parenthood Federation of America.

Recent attacks on Planned Parenthood by a video "sting" group has revived the accusations of racism linking it to the nascent Black Lives Matter movement.

While urging readers keep an open mind, the writers seemed to agree with the cartoonist and lashed back at his critics by writing: "Instead, we think that these writers likely support Planned Parenthood in the recent controversy about exchanging fetal tissue (or baby body parts, depending on your point of view) for money, and find it is much easier to simply smear P.P.’s critics with the racism charge than discuss the rather unpleasant allegations on the merits. How much easier it is to scream “racism” at the top of your lungs than to work through and discuss these implications.

The No News Team also accused those who were offended by he cartoon of picking a “team and mindlessly" cheering for it.

See the cartoon below: 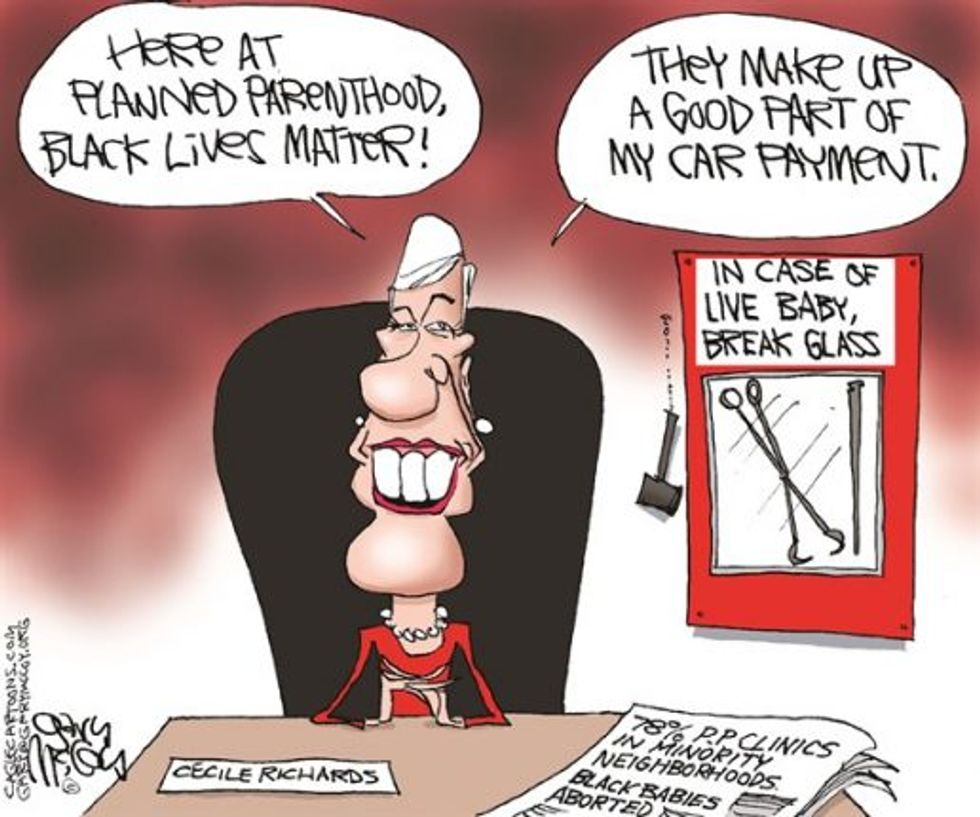