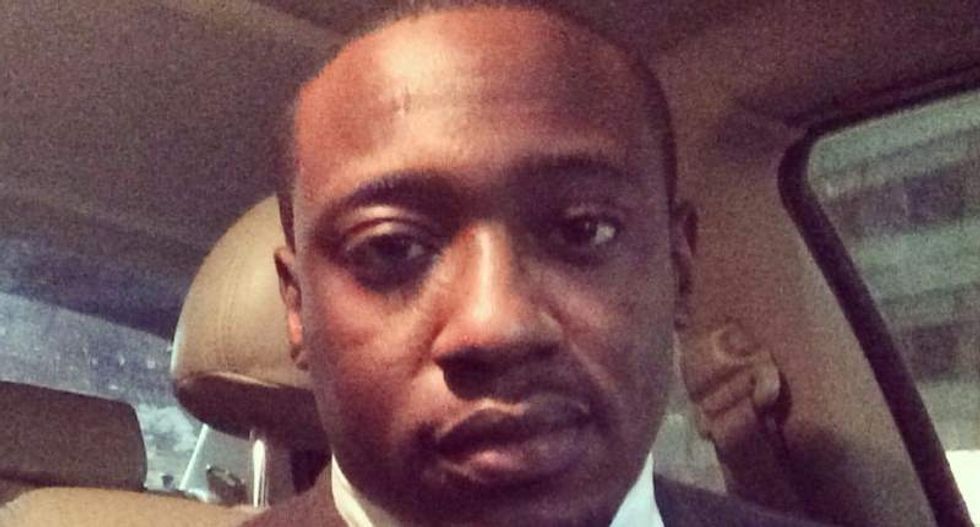 Facebook picture of John Felton, a motorist who documented his encounter with a police officer in Dayton, Ohio earlier this month.

A black Ohio man got a police officer to admit to him on video that he followed him for nearly two miles and pulled him over for making "direct eye contact," talk show host David Pakman reported.

The motorist, John Felton, posted the video online after the encounter earlier this month, saying he started recording as soon as the officer started tailing him as he drove to his mother's house in Dayton.

"He saw Michigan plates," Felton says. "He just needed a reason. Why would you follow me every step of the way, every turn I make?"

The officer is seen telling Felton he pulled him over for not signalling a turn 100 feet before doing so, before asking for both his driver's license and his passengers. When Felton asks why the officer needs the other man's license, the officer says, "I can identify who's in the car."

Later, the officer tells Felton he is letting him off with a warning.

"Like I said, it's a violation if you don't turn your turn signal on," the officer says, before Felton cuts him off.

"You've been tailing me for how long? You just needed a reason to pull me over," Felton says. "No disrespect, I don't have nothing against police officers, but all this sh*t that's going on now? That's some scary sh*t. To have a police officer just tail you, and then you pull me over, 'cause you said I didn't signal -- what? Do you know how it looks?"

Felton then asks the officer again why he would pull him over.

"Because you made direct eye contact with me, and you held on to it while I was passing you," the officer admits.

"What?" Felton asks incredulously. "I didn't even see you."

"OK, sir," Felton says. The video ends with him telling the passenger, "This is bullsh*t" as the officer walks away from his car.

Watch Pakman's report on the incident, as posted online, below.