Pat Robertson to grandparents: Take grandkids 'away' from atheist parents and send them to a Christian school 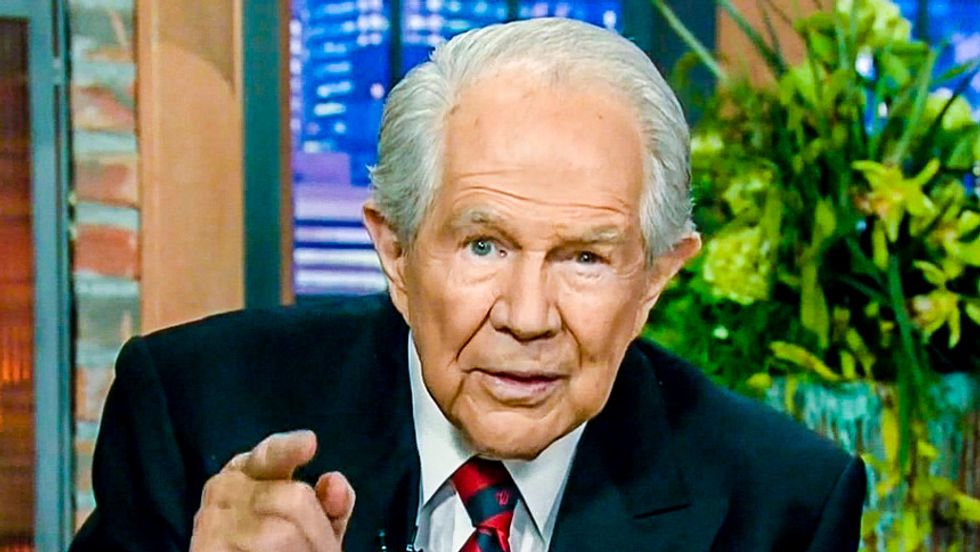 TV preacher Pat Robertson suggested on Monday that grandparents should find a way to send their grandchildren to a Christian school if atheist parents were teaching them that God and Jesus were not real.

"Pat, I am very concerned because this past weekend my 6-year-old grandson said his dad told him God and Jesus were not real and were just made up to scare people about dying," a viewer named Elizabeth explained to Robertson in an email.

Elizabeth said that she tried to "explain the truth" to her grandson but he wouldn't believe her.

"I'm worried for my grandson's soul," she wrote.

"There's all kinds of things you could do to kind of get him into some positive influences," he noted.