Racism defies logic -- so don't go searching for any 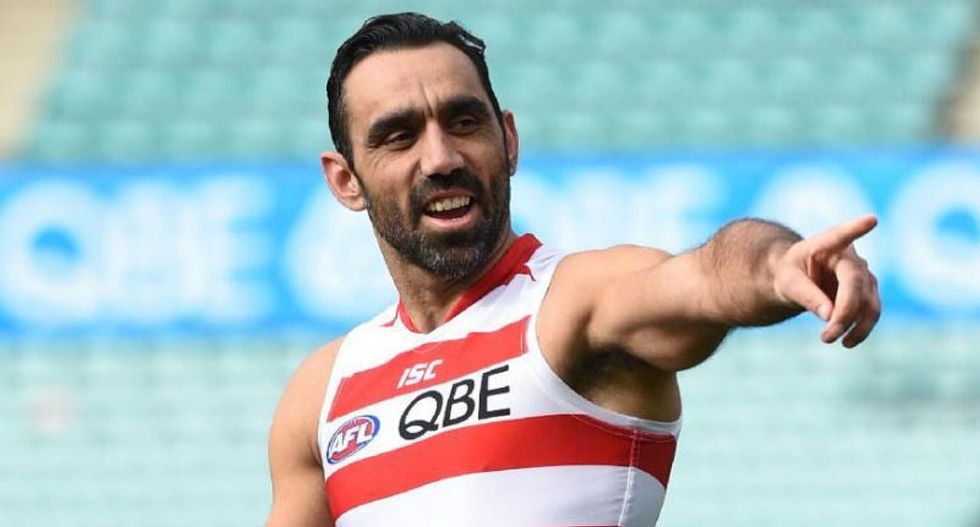 Australian Rules football star and one of Australia's most high-profile indigenous sportsmen Adam Goodes takes part in a training session in Sydney on August 4, 2015. Goodes said he hopes to put a racism controversy behind him in announcing his return to the game after being humbled by an outpouring of support received after persistent booing of him in recent games was slammed as racist. (AFP Photo/PETER PARKS)

Many commentators have found it difficult to define the actions of spectators in the Adam Goodes booing affair; are these actions racist or not?

This confusion is understandable because racism is best described as irrational – and irrational events often defy definition.

Many have tried to use logic to support racist thinking. In the 19th Century, racist ideology was seen as a rational defence for slavery. Racists have – and still do – use pseudoscience to support their theorising. Others see racism as merely a series of basic errors in thinking.

Non-racists all know that the visual appearance of a person does not identify what kind of person they are or how they will behave. There is no direct relationship between what a person looks like and who they are. A person who has dark skin is not innately different from or similar to any other person.

The idea that people who belong to the same cultural group, who look the same, are all the same is just nonsense; no one is ever the same as anyone else.

Yet racists believe that humans are grouped into distinct races with very similar abilities and behaviours that allow each group to be ranked against another. And a racist always believes that they are a member of the superior race; historically, there are no examples of evidence being put forward by race theorists that a race other than the one they belong to is superior.

Racism remains socially significant because it is a basic tribalism that allows groups and individuals to imagine that they are superior. Everyday racism involves local and contextual actions that rely on the shifting interplay of values within contemporary society.

This interplay allows extreme views and racially motivated statements to be discussed as a feature of free speech. In all of these political social and contemporary discussions, the deeper aspects of racism are overlooked.

Racial attack is simple – it is informed and justified by who the victims are, not what they do. Therefore, regardless of the nature of the attack, it has impact upon the victim’s sense of self.

We all need a positive self-image to survive with our wellbeing intact and live healthy lives. Even in the everyday debate around the Goodes affair racism deprives victims and perpetrators of positive self-images. Racists base their self-image as superior on false thinking and are seen by non-racists as immoral because they deprive others of social safety. Victim populations are reminded of the secrets that Australian society conceals and feel alienated.

Racism is like any other irrational behaviour and it has developed distinct features because people are ashamed of acting alone in strange ways in public. Intense racism usually involves gangs or secret societies who act together reinforcing each others' false awareness and undertaking racially motivated projects.

The intensity of these situations is also infectious. Racism, like many pathologies, draws people in and involves bystanders of many kinds who contribute to the noise. At the football ground or online it is actually a fearful experience to speak directly against this irrational ideology, because purveyors of such ideology are prone to violence.

Violation is the aim of these members of the crowd. This is not what supporters usually come to matches for. It does not make sense and it is difficult to make sense of; it is irrational behaviour motivated by ideas outside of football, outside of everyday common decency.

On the field we have seen footballers unifying to counter the sickness that has taken hold in the game that they love. In this we may see that racism, as a social disease, provides false benefit to a few for a short time while it marginalises many and corrupts its supporters.

Australia is prone to this infection because of its history. During colonisation the supposed innate superiority of the English was used to explain the “natural decline” of the native.

Perhaps Goodes is the antibody needed to finally resolve this disease and build our resilience. Certainly his courage on the field has shown us a way forward through this debate.

By Norm Sheehan, The Conversation

Norm Sheehan is Director, GNIBI College of Indigenous Australian Peoples at The Conversation.