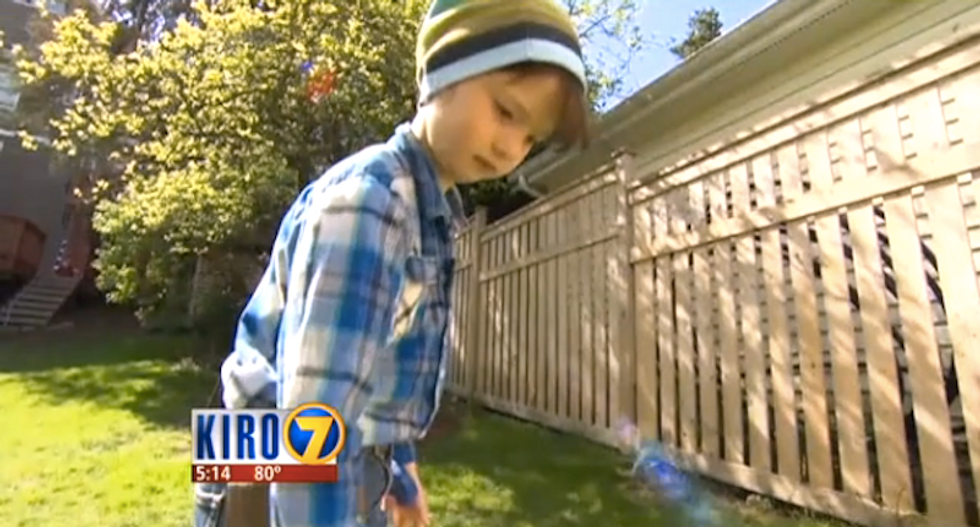 The neighbors of a Seattle girl who gained international media attention for feeding crows and collecting small objects they leave behind have filed a nuisance lawsuit against her parents, an attorney said on Wednesday.

The lawsuit accuses the girl's parents of running a large-scale feeding operation in their Portage Bay backyard that draws dozens of crows, seagulls and pigeons.

"Large numbers of birds swarm the feeding operation daily, leaving behind dirt, feathers, peanut particles and shells, feces and urine on the surrounding properties," stated the lawsuit, which was filed on Monday in King County court.

The lawsuit also said the feeding troughs are filled up to six times a day, with individuals believed to be employees of the parents taking part, and that it has attracted rats.

The BBC in February reported on 8-year-old Gabi Mann and the many objects, such as a silver ball, brown glass, a button and a Lego piece, that she collected from crows she fed in her garden.

Gabi's mother, Lisa, told the BBC at the time that her daughter's interests in the birds led the family to begin feeding them as a daily ritual in 2013.

"My clients aren't suing an 8-year-old girl, the person who's really doing most of the feeding is Lisa Mann," said Anna Johnsen, the attorney for the neighbors who filed the lawsuit.

Neighbors said they had asked the Manns to scale back the feedings, but they had refused.

"I can't imagine living in a neighborhood and ignoring what my neighbors are asking me to do, what's very very reasonable that's affecting us so much,” said neighbor Janice Palm, who is considering joining the lawsuit.

The Manns did not return a call seeking comment on the suit, and it was unclear if they had obtained an attorney.

The neighbors' lawsuit seeks damages of $200,000 for, among other things, their cleaning costs and damage to gutters and drainpipes from bird feces and the shells of peanuts left out for the animals.

The lawsuit also seeks a court order to end the feedings.