The Bernie effect: Noam Chomsky says Sanders will push the Democratic Party to the left 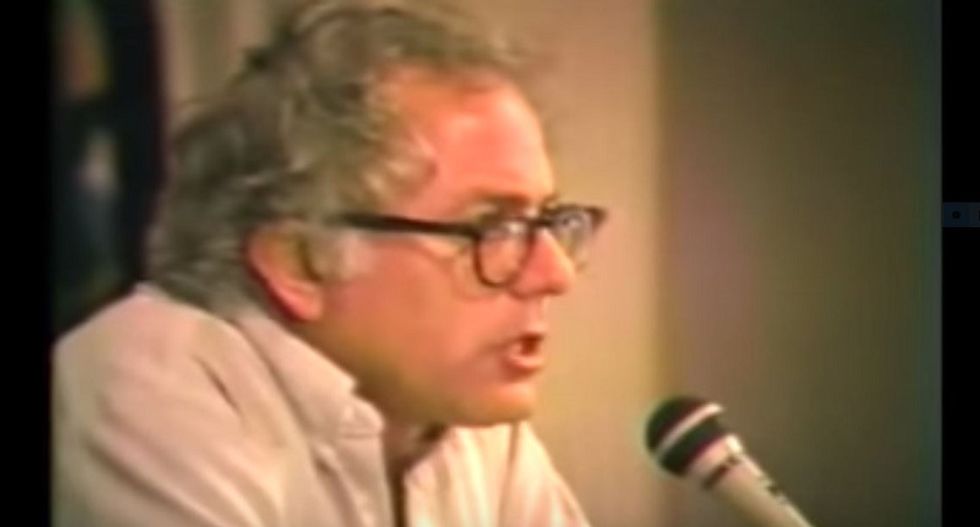 Noam Chomsky is glad to see Bernie Sanders (I-VT) running for president because, even though he doesn't think he'll win, he'll provide a needed "thorn in the side" of the Clinton juggernaut.

Chomsky, a beloved public intellectual, linguist and MIT professor emeritus, said in an email to a friend of Alternet's Zaid Jilani, that Sanders' campaign is an important vehicle for ideas and facts in an electoral system beset by big money and political dynasties, writing:

I'm glad that Sanders is running. A good way to bring important ideas and facts to people. His candidacy might also press the Dems a little in a progressive direction. In our system of bought elections he has scarcely a chance of getting beyond the primaries, and even if by some miracle he were elected he wouldn't be able to do anything, lacking any congressional representatives, governors, etc. As far as I can see he's a thorn in the side of the Clinton machine, which is not a bad thing.

Sanders told the Guardian he isn't as pessimistic as Chomsky.

"He’s right, we live in an increasingly oligarchic form of society, where billionaires are able to buy elections and candidates, and it is very difficult, not just for Bernie Sanders but for any candidate who represents working families,” he told the Guardian. “But I think the situation is not totally hopeless, and I think we do have a shot to win this thing."

Sanders candidacy may have come at the right time, surprising even himself with his popularity. He has succeeded in injecting talk of inequality and stagnating incomes. Even if he doesn't take the nomination from frontrunner Hillary Clinton, the 73 year old can claim credit for pulling the Democratic party to the left, according to the Guardian.

"At a time when many intellectuals... find it more comfortable to be silent and to go with the flow as it were, it is comforting to find on occassion individuals who have the guts to speak out about the importance of issues of our time," Sanders said, introducing Chomsky. "And certain Noam Chomsky has been the person to do it."