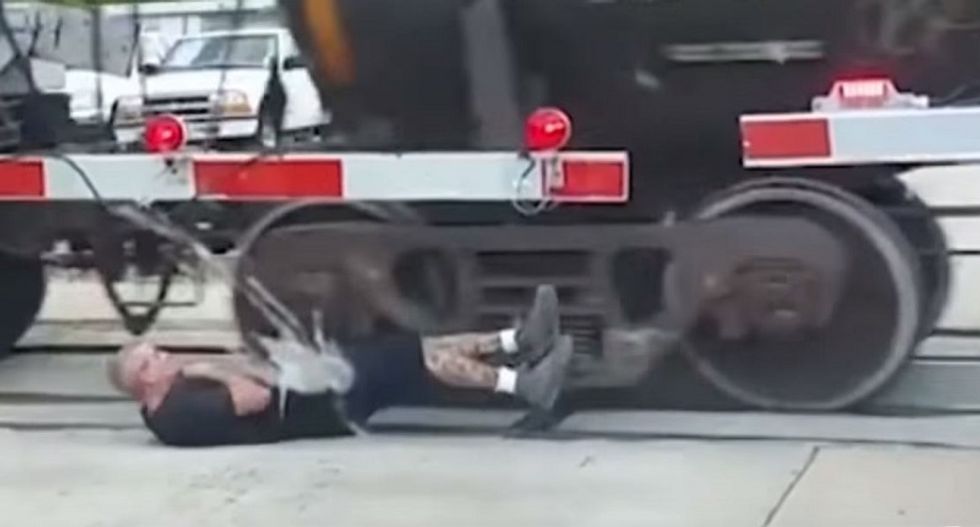 Do not try this at home.

A Houston-area man now has eight lives left after barrel-rolling through the wheels of a moving freight train recently. The stunt was caught on camera.

The man, who is not named and wearing shorts and a black T-shirt, is seen timing his body movements so that he catches gaps in the train's wheels. He darts multiple times under the train and emerges safely, according to video aired by CBS News.

His stunt is filmed by someone waiting in a car at the crossing guard.