WATCH: ‘Not racist’ Louisiana man warns that renaming street for MLK will unleash his ‘racist ways’ 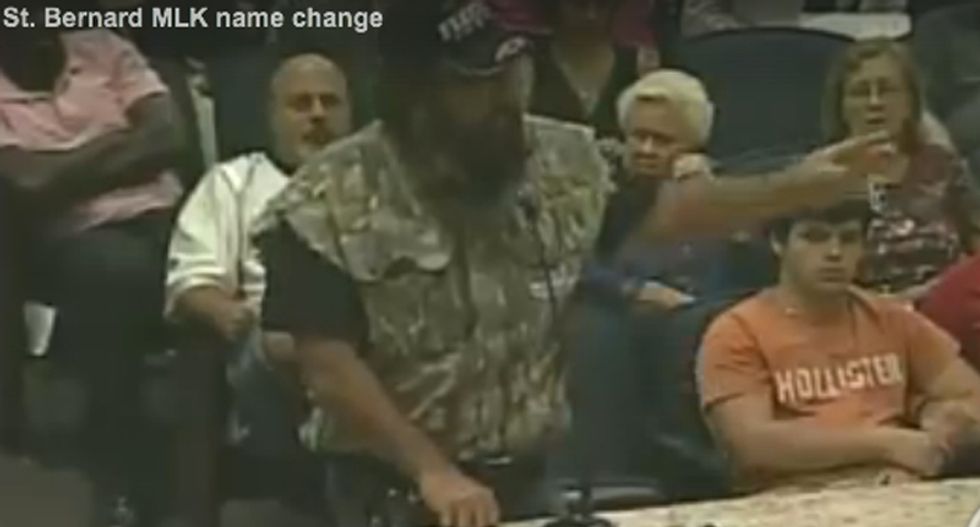 With one man beginning with a familiar, "I've never had a racist bone in my body..." white residents of St. Bernard Parish near New Orleans turned out in force to protest a proposal to rename a street after the late Dr. Martin Luther King Jr.

In video captured by NOLA.com, resident after resident came forward and criticized the plan to rename a half-mile stretch of road that runs through the predominately black part of the community after the slain civil rights leader.

St. Bernard Parish was one of the most heavily impacted areas in Louisiana after Hurricane Katrina destroyed the levees causing almost every structure in the community to be flooded and destroyed.

One bearded man explained that the St. Bernard Parish Council members were pushing their luck with the name change.

"I've never had a racist bone in my body. I've worked for a bunch of 'em, been in their houses, been in a lot of your guys' houses, " he said. "But if you keep pushing me I will show you my racist ways. [Mayor ] Mitch Landrieu can go to hell. Praise the Lord for Bobby Jindal."

Following the contentious meeting -- with blacks and whites overwhelmingly lining up on opposite sides of the debate -- the council voted unanimously to turn down the name change.

Watch the video below from NOLA.com: