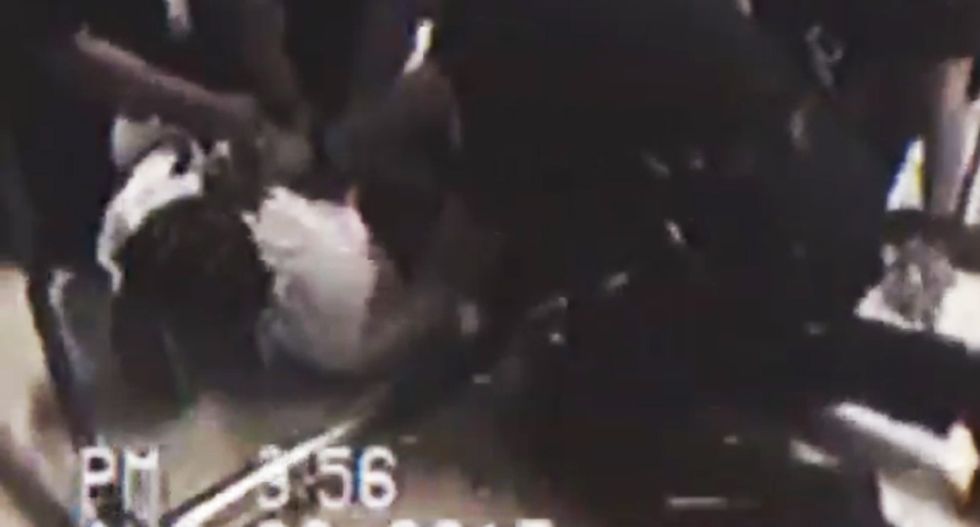 Tweeting, "Haven't been slammed and cuffed in a while. That was fun," rapper Wiz Khalifa shared video clips of being harassed at Los Angeles International Airport on Saturday by Customs and Border Patrol officers, three of whom pulled him to the ground and piled on him in order to cuff him, reports Rolling Stone.

The rapper and activist claims he was standing on his board -- a levitating board similar to a skateboard -- when confronted by the airport cops and instructed to dismount to which he refused.

“This? I didn’t do nothing, anyway. What you want to do? Put me in jail because I didn’t listen to what you say?” he told the cops. “We can have all the conversations you want to, you can end up on TMZ, destined to become as famous as you wanna be.”

After further discussions went nowhere, the law enforcement officers wrestled Khalifa to the ground with three of them kneeling on top of him. One officer can heard repeatedly telling him "Stop resisting" as the compliant Khalifa calmly replied over and over again, "I'm not resisting, sir."

Khalifa posted two clips of the arrest on his Instagram account and tweeted out a stream of commentary afterward, mocking the officers and their overreaction.

What's even funnier than them not bein able to do shit is they'll be riding them soon as well. Maybe ones I design. https://t.co/ITTewi2NzZ
— Wiz Khalifa (@Wiz Khalifa)1440288657.0

Video of the arrest below:

3 cops yell stop resisting. Only thing to do is let em know. I'm not resisting, I'm doin what I want.