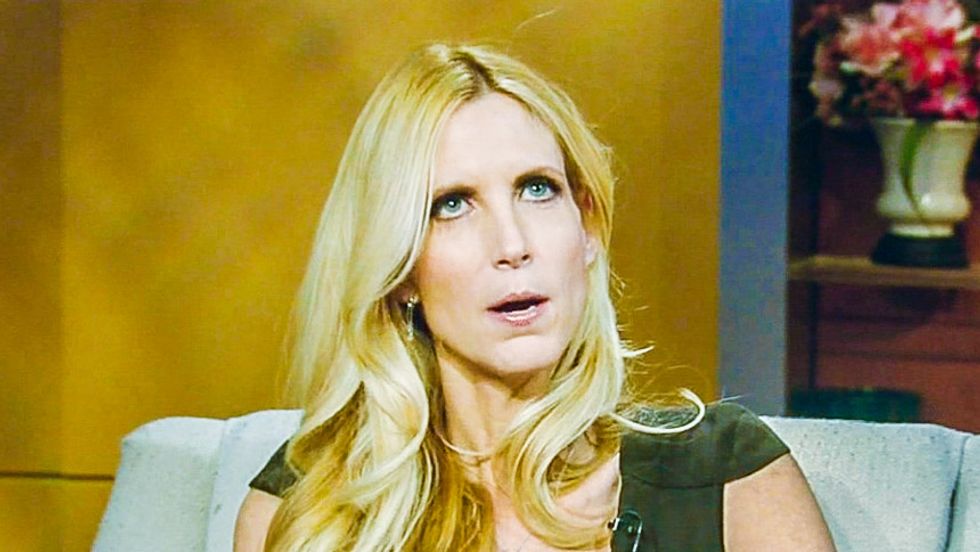 Aristotle may have been more on the money than he realised in saying man is a political animal, according to research linking genes with liberal or conservative leanings.

Or, to be precise, a specific variant of one gene that would seem to exert greater sway over women than men.

Working with 1,771 university students of Han Chinese origin in Singapore, researchers compared answers to surveys -- including one tailored to hot-button issues in the city-state -- with the presence of a permutation of the DRD4 gene.

DRD4 is one of several genes that determines the way dopamine -- a crucial neurotransmitter, or chemical messenger -- is released in the brain.

What they found was a robust link between the presence (or not) of the variant and a split between liberals inclined to decry inequality, on the one hand, and die-hard conservative wary of change, on the other.

"The association between political attitude and DRD4 was highly significant for females," and less so for men, said the study, led by Richard Ebstein of the National University of Singapore.

Women, it was also shown, tended to be more conservative in general.

The results are bolstered by earlier research based on people of European descent that found similar patterns around the same gene, according to the study.

In the long-standing "Nature vs. Nurture" debate, it was long assumed that social values -- and especially political ones -- were rooted in family upbringing, education and class.

But a growing body of evidence suggests, in the words of the researchers, that "biology can't be ignored."

A landmark study published in 1999, for example, of twins separated at or near birth showed a marked strain of heritability for 'conservatism'.

The brain is wired with several distinct dopamine pathways, including one related to the risk-taking -- arguably a parallel to the liberal-conservative dichotomy.

From an evolutionary standpoint, risk-taking is a complicated business: in some situations, it may enhance one's chances of success or survival, and in others it may spell doom.

In the study, the researchers used standard questionnaires to rate conservative or liberal tendencies, making it easier to compare with earlier efforts to uncover links between genes and attitudes.

At the same time, to adjust for cultural variations from one country to another, they also devised a survey based on local issues known to divide opinion in Singapore along political lines.

One set of questions, for example, asked the students -- half men, half women with a mean age of 21 -- to take positions on sensitive environmental and animal rights issues.

The correlation with the genetic variations was especially strong on these points.

"Our results provide evidence," Ebstein and colleagues conclude, "for a role of the DRD4 gene variants in contributing to individual differences in political attitude, particularly in females."

Ron DeSantis kept quiet while an ally made a false claim about COVID-19 vaccines: 'Get the facts'

Although far-right Florida Gov. Ron DeSantis has drawn a great deal of criticism from health experts for downplaying the severity of COVID-19 in his state, none of that criticism has inspired him to change course. And when a press conference on vaccines was held this week, DeSantis failed to push back against false claims promoted by an anti-vaxxer.

The anti-vaxxer, according to Washington Post reporter Timothy Bella, was Darris Friend, a 22-year-old employee of Gainesville, Florida's city government. Friend is a plaintiff in a right-wing lawsuit challenging Gainesville's requirement that employees get a COVID-19 vaccine.

When then-U.S. Supreme Court nominee Brett Kavanaugh was accused of sexual misconduct by Christine Blasey Ford — a psychology professor at Palo Alto University — in 2018, the FBI conducted an investigation. But Kavanaugh's critics argued that the investigation should have been much more comprehensive in light of the fact that then-President Donald Trump had nominated him for a lifetime appointment on the highest judicial body in the United States. FBI Director Christopher Wray's handling of that investigation, according to Guardian reporter Stephanie Kirchgaessner, continues to be scrutinized three years later.

Kirchgaessner explains, "The FBI director, Chris Wray, is facing new scrutiny of the Bureau's handling of its 2018 background investigation of Brett Kavanaugh, including its claim that the FBI lacked the authority to conduct a further investigation into the then-Supreme Court nominee. At the heart of the new questions that Wray will face later this week, when he testifies before the Senate Judiciary Committee, is a 2010 memorandum of understanding that the FBI has recently said constrained the agency's ability to conduct any further investigations of allegations of misconduct."

On Nov. 3, 2020, the American people conclusively decided to make Donald Trump their first one-term president in more than a quarter-century. On every previous occasion when an incumbent president was defeated — it had happened 10 times before Trump, the loser president at least swallowed his pride and honored the democratic process. Trump tried his hardest to remain in power anyway, fulfilling George Washington's prophecy that a demagogue would manipulate partisanship "to the purposes of his own elevation, on the ruins of public liberty."