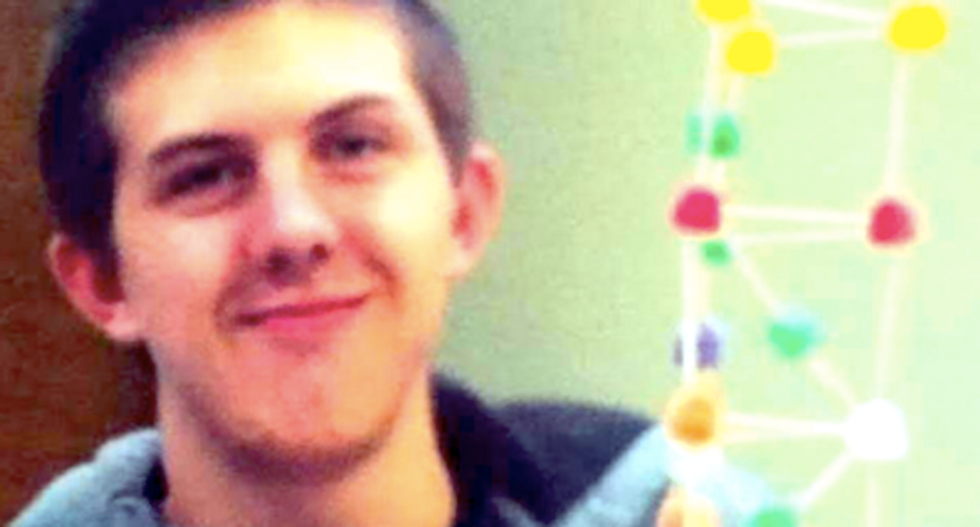 In a letter sent to the U.S. Attorney General and the FBI Director asking for a federal civil rights investigation into the shooting death of Zachary Hammond, the attorney for the slain teen's family claims he has a witness who saw Seneca Police Department officers celebrate the shooting by "high-fiving" the teen's lifeless body.

According to Fox Carolina, the letter details other accusations against officers involved in the shooting including a witness saying an officer pulled the teen's body from his car and then placed something beneath it.

The 19-year-old Taylor was killed in a Hardee's parking lot in late July after being shot twice by Lt. Mark Tiller who claimed the teen drove his car directly at him while he was  attempting to make a drug bust.

"The driver accelerated and came toward the officer. He fired two shots in self-defense, which unfortunately were fatal for the suspect,” explained Chief John Covington.

According to the letter sent by Taylor family attorney Eric Bland, a witness states "... the officer who opened Zachary’s door and pulled his dead body from the vehicle then went ‘to the trunk of his police car and pulled (SIC) something out. The officer walked back over to the man on the ground rolled him over to his side, put something underneath his body, and then rolled him back.’”

The case is currently under consideration for a federal civil rights probe, with the State Law Enforcement Division agents denying a formal request to turn over body cam footage of the incident to the media prior to finishing their investigation.

Watch video below from Fox Carolina: