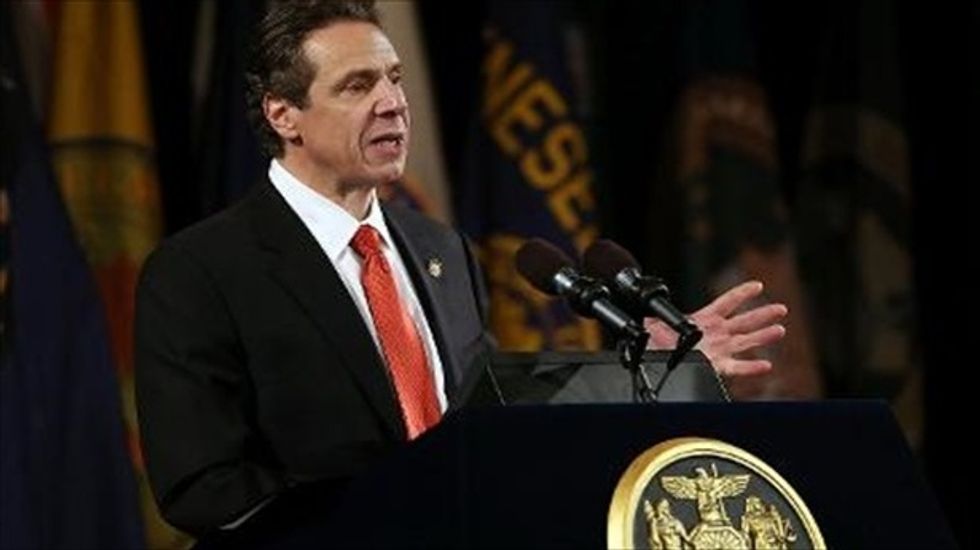 A day after one of his top aides was critically wounded by a stray bullet, Governor Andrew Cuomo on Tuesday called for a national gun control policy, saying that New York's tough firearms laws are ineffective if they stand alone.

Police sought suspects in the shooting of Carey Gabay, 43, believed to be an unintended target who was struck in the head at an outdoor celebration on Monday before the West Indian Day parade in Brooklyn, a spokeswoman for the New York Police Department said.

"Carey has always been an inspiration to all of us and he continues to inspire us with his fight for survival," said relatives of Gabay, a Harvard-educated lawyer who was raised in a public housing project in the Bronx.

Following the 2012 school shootings in Newtown, Connecticut, Cuomo oversaw passage of the state's sweeping gun control laws that are considered the strictest in the United States. At the time, President Barack Obama launched an aggressive gun control push but his efforts largely failed in Congress.

Cuomo in an interview on CNN on Tuesday called for a renewed effort to pass a national policy, saying it is key to stopping the flow of weapons into New York from other states.

"Elected officials have to have the political courage to step up and say, 'This weekly, ongoing tragedy of loss of life, of innocent victims, school children, young girls, young boys, must stop," Cuomo said on CNN.

"The only way to deal with this is a national gun policy," said Cuomo, who said he is "not anti-gun" and is a gun owner himself. He owns a shotgun for hunting, said his spokesman.

A U.S. firearms policy would be aimed at keeping guns out of the hands of criminals and mentally ill people, Cuomo said.