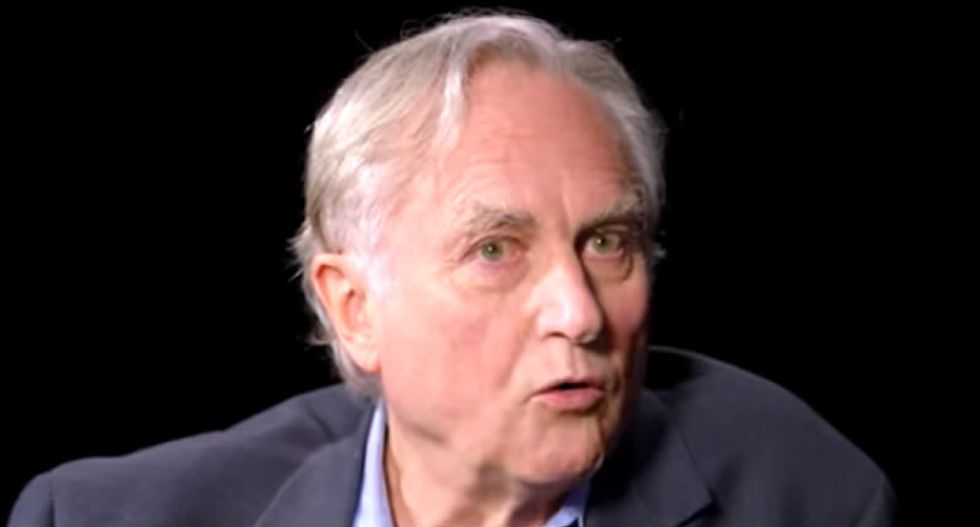 The evolutionary biologist Richard Dawkins found himself at the centre of controversy on Sunday when he questioned the motives of Ahmed Mohamed, the 14-year-old boy who was arrested and detained in Texas when a teacher thought a clock he had made was a bomb.

Related: Ahmed Mohamed is tired, excited to meet Obama – and wants his clock back

Dawkins did not dispute that Mohamed should not have been arrested, but questioned whether the boy had truly “invented” the clock, as has been reported. He tweeted : “If this is true, what was his motive? Whether or not he wanted the police to arrest him, they shouldn’t have done so[.]”

Mohamed, whose parents are from Sudan, was arrested, handcuffed and questioned by five police officers at MacArthur high school in Irvine on Monday. He was then suspended for three days.

He added: “In middle school I was called a terrorist, called a bomb maker, just because of my race.”

In a controversy that largely played itself out on Twitter, Mohamed then received overtures from Silicon Valley tech companies , support from Hillary Clinton and an invitation to the White House from President Obama.

On Friday, Mohamed spoke to the Guardian. Such national attention was “worth it, once you realize what you’re fighting for”, he said, adding that that fight was “not just for Muslims … but for anybody who has been through this”.

Dawkins, the author of books including the groundbreaking The Selfish Gene, the bestselling The God Delusion and the memoir A Sense of Wonder, is a leading critic of religious belief and an advocate of “rational thought”.

On Sunday, the emeritus fellow of New College, Oxford said he was simply looking for the truth of the Texas schoolboy’s story.

In a tweet, the scientist linked to a YouTube video entitled Ahmed Mohammed [sic] Clock is a FRAUD”, in which user Thomas Talbot alleges Mohamed’s clock “is in fact not an invention. The ‘clock’ is a commercial bedside alarm clock removed from its casing”.

In his tweet , Dawkins said: “If this is true, what was his motive? Whether or not he wanted the police to arrest him, they shouldn’t have done so.” His next tweet said of the video: “This man seems to know what he’s talking about.”

Subsequent tweets, issued against a growing storm of online protest, said: “Assembling clock from bought components is fine. Taking clock out of its case to make it look as if he built it is not fine. Which is true?

“Yes, there are other reasons why a boy might take a clock out of its casing & pretend he’d made it. Trying to impress teachers, for instance[.]”

Linking to an artvoice.com blogpost entitled Reverse Engineering Ahmed Mohamed’s clock… and Ourselves, Dawkins tweeted : “If the reassembled components did something more than the original clock, that’s creative. If not, it looks like hoax.”

Dawkins eventually retreated. He devoted tweets to questioning police motives and tweeted a reference to the new leader of Britain’s opposition Labour Party: “Sorry if I go a bit over the top in my passion for truth. Not just over a boy’s alleged ‘invention’ but also media lies about J[eremy] Corbyn.”

In an answer to a Twitter user who wrote : “I think you too frequently confuse ‘truth’ with ‘obsessive and unnecessary dedication to accuracy’”, Dawkins wrote : “That could well be true, in which case I apologise. I guess I’m a bit sensitive about being among the many fooled.