Ben Carson: Opposing a Muslim president 'has nothing to do with being a Muslim' 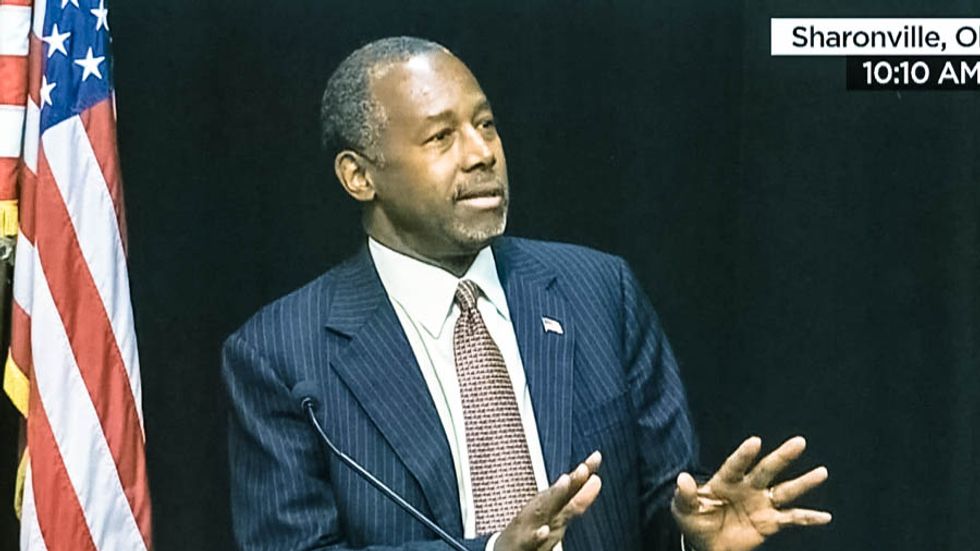 Republican presidential candidate Dr. Ben Carson argued on Tuesday that his opposition to a Muslim president had nothing to do with religion.

Over the weekend, Carson told NBC News that he "absolutely would not agree" with electing someone who practiced Islam.

CNN's Joe Johns pointed out to the candidate at a press conference on Tuesday that some people find his "fundamentally discriminatory" anti-Muslim rhetoric to be inconsistent because it was coming from an African-American GOP candidate.

"It has nothing to do with being a Muslim," Carson insisted. "That was the question that was specifically asked. If the question had been asked about a Christian, and they had said, 'Would you support a Christian who believes in establishing a theocracy?' I would have said no."

"You have to be able to look at the context in which I'm saying it," he continued. "Anybody of any religious faith whatsoever, if they embrace American values and they place our Constitution at the top level above their religious beliefs, I have no problem with them."

Carson argued that the media was wasting time by asking him why he opposed a Muslim as president.

"When the situation arises and we have somebody in that situation, let's talk about it then," he said. "Why get off on theoretical situation, no point in doing that."