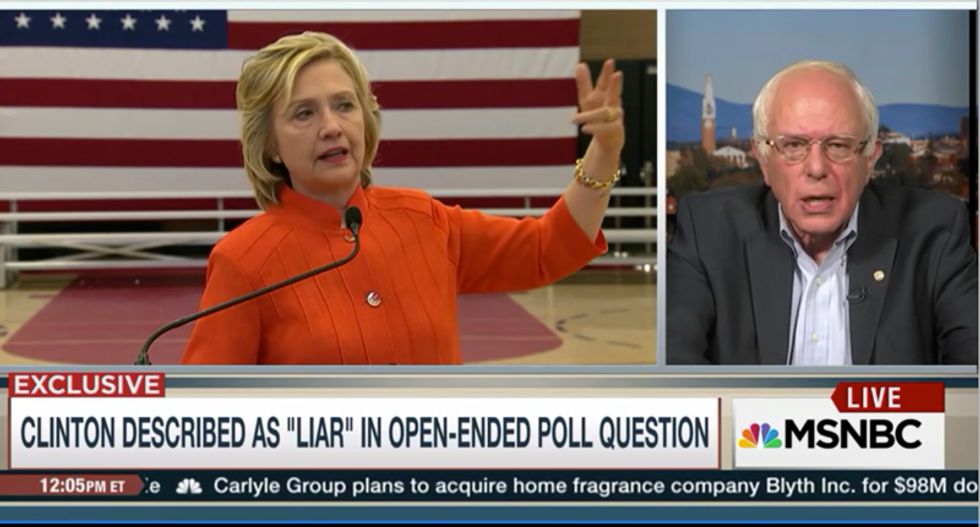 vidently bored with the campaign already, MSNBC host Andrea Mitchell began an otherwise routine interview with Bernie Sanders with a series of bizarre leading questions, trying to trap the Vermont Senator into criticizing Hillary Clinton - something Sanders has been adamant about not doing.

Referencing a recent Iowa polls showing Sanders closing in on Clinton. Mitchell prodded, "To what do you attribute this narrowing of the gap? Is this related to the email controversy and the trust factor?"

Sanders eventually laughed and shot back, "So I am sorry, I am not going to get into the media game, Andrea, of attacking, making personal attacks, against Hillary Clinton. I just am not going to do that. I don’t think that’s what the American people want."