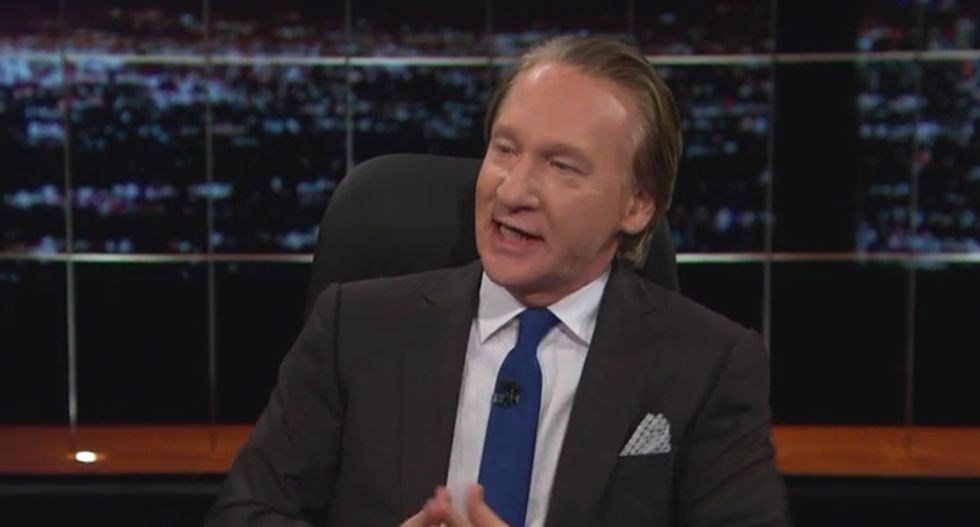 During a lively discussion about Kentucky county clerk Kim Davis, HBO's Real Time host Bill Maher said there is no difference between what the anti-gay government worker is doing ---using the Bible instead of settled law to deny marriage licenses to same-sex couples -- and extremist Sharia law.

"If you say, as Kim Davis and her ilk, and Ted Cruz and all those people say that actually 'I can ignore the rule of man because the rule book of God said' --  then you are Iran. Then you are Saudi Arabia. Then you are Sharia law," Maher explained.

With conservative commentator Linda Chavez -- who agreed that Davis is wrong - saying there is a substantial amount of religious people in the U.S. and "you are going to have to bring them along " slowly, Daily Beast Editor Michael Moynihan jumped in by mocking Davis and her conservative Christian supporters.

"I don't think that's her intention here, to sort of slowly bring people along to this idea of gay marriage," he explained. "She comes out of jail. Every Republican is waiting to have his photo taken with her. They have a shout-and-holler Cletus ceremony, everyone is holding up crosses, and Survivor's 'Eye of the Tiger' is playing... well, I'm glad we're all coming along very slowly."

Watch the video below uploaded by HBO: