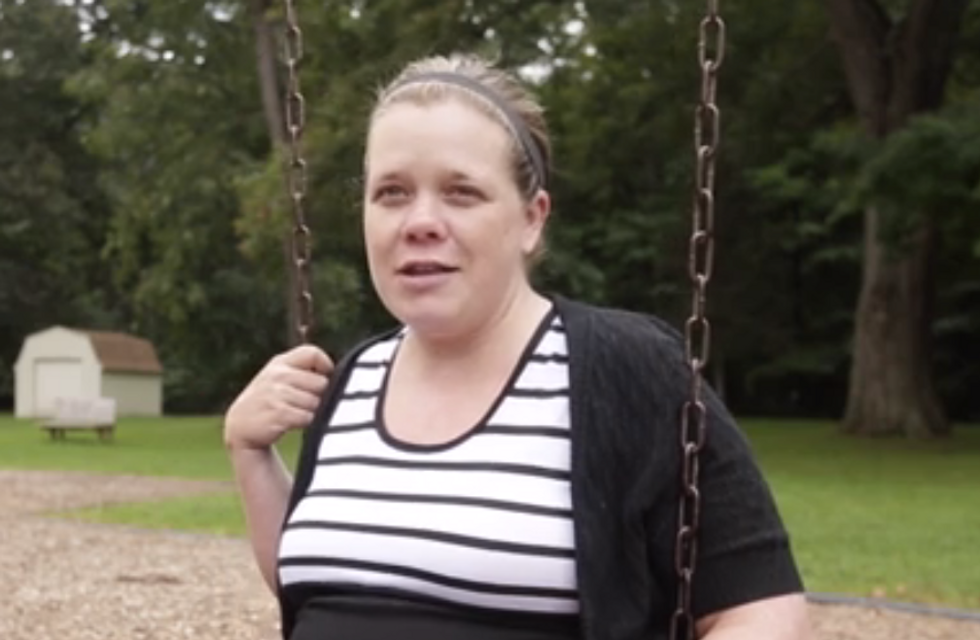 A pregnant Michigan woman told her hospital that she would like to have her tubes tied after she delivered her third child because of a tumor in her brain.

However, according to the Washington Post, her Catholic hospital has refused to perform the procedure citing religious laws against reproductive sterilization.

Jessica Mann is 33. Her doctor suggested that due to the risk from an inoperable tumor in her brain, she should take pains to prevent future pregnancies after the birth of this baby, who is due next month. Mann decided to have a tubal ligation while under anesthesia during the upcoming birth.

Her hospital, however -- Genesys Regional Medical Center -- has refused to allow the procedure to take place on its premises.

“I was surprised and upset,” said Mann. “And there was anger at the fact that they can disregard medical issues for their religious beliefs.”

The American Civil Liberties Union (ACLU) contacted the hospital on Mann's behalf saying that her medical condition warrants the procedure in spite of the hospital's religious objections.

The University of Illinois' Robin Wilson explained to the Post that religious institutions like Catholic hospitals have "iron-clad" legal protections against being forced to perform abortions, vasectomies or tubal ligations. There are other, more limited protections in place against other procedures they deem to be morally objectionable, but they are obliged to provide care in emergency situations.

Catholic hospitals are taking up a growing portion of the U.S. market share as provider networks grow and absorb other hospitals. According to a study by the ACLU and public advocacy group MergerWatch, the number of Catholic hospitals increased by 16 percent even as the overall number of hospitals in the country declined.

"By 2011, the report found, 10 percent of all acute-care hospitals were Catholic-sponsored or -affiliated, representing about 1 in 9 hospital beds in the country," wrote the Post's Sandhya Somashekhar.

The ACLU said that Mann's case is not covered under current statutes and argued that these types of faith-based restrictions inordinately impact the type of care available to women.

Mann was diagnosed ten years ago with two benign brain tumors called pilocytic astrocytomas. These types of tumors can ultimately grow large enough to cause blindness, paralysis and other neurological impairments. Mann had one tumor removed and continues to monitor the other for signs of growth or sudden changes.

Because of the tumor, Mann has to be fully sedated for delivery. After her second child, her doctor recommended that the next baby be her last.

“You know, it’s never easy to hear that. But I have accepted it,” said Mann. “I talked it over with my husband. We want me to be around. That’s the biggest thing.”

The family is trying to find a new hospital and attending physician for the birth, which Mann admits is stressful at this late point in her pregnancy. Genesys administrators suggested that she have the baby now and a second procedure for the tubal ligation at another hospital.

Mann countered that the very reason she is having her tubes tied is because another full sedation is the exact medical circumstance her doctor has warned her against.

“The feeling of the unknown is stressful and disheartening,” said Mann. “But I have the support of my husband and my doctor, so I can’t let it affect me too much.”

Islamic State 'Beatles' member jailed for life by US court

A member of the notorious Islamic State kidnap-and-murder cell known as the "Beatles" was sentenced to life in prison by a US court on Friday for the deaths of four American hostages in Syria.

El Shafee Elsheikh, 34, was given eight concurrent life sentences after being convicted in April of hostage-taking, conspiracy to murder US citizens and supporting a terrorist organization.