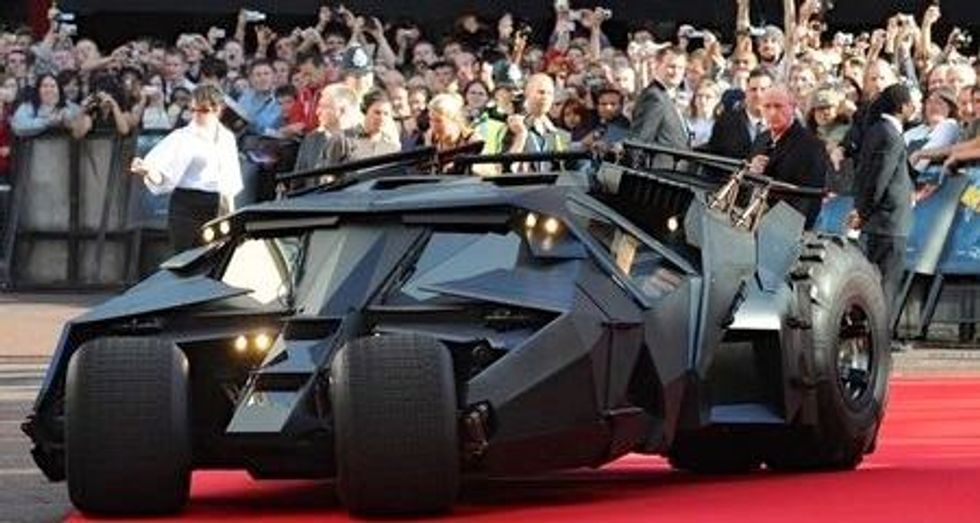 The 'Batmobile' arrives for the European Premiere of The Dark Knight in Leicester Square in central London July 21 2008.REUTERS/Toby Melville

The 9th U.S. Circuit of Appeals on Wednesday affirmed a ruling against a manufacturer of replica Batmobiles.

An attorney for defendant Mark Towle, who sells Replica Batmobiles for approximately $90,000, could not immediately be reached for comment. A spokesman for Time Warner Inc unit Warner Brothers, corporate parent of DC Comics, declined to comment.

Towle runs a business called Gotham Garage, where he sells replicas of cars featured in movies and television shows, according to the ruling. DC Comics sued him for copyright infringement in 2011, and a lower court judge ruled for DC.

In the 9th Circuit ruling on Wednesday, Ikuta wrote that DC must prove it owns a copyright in the Batmobile as it appeared in the 1966 television series and the 1989 movie starring Michael Keaton.

"To the Batmobile!" she wrote.

Batman's vehicle has consistent character traits that can be protected by copyright, Ikuta wrote.

"No matter its specific physical appearance, the Batmobile is a 'crime-fighting' car with sleek and powerful characteristics that allow Batman to maneuver quickly while he fights villains," she wrote.

Additionally, there is no dispute that DC created the Batman character, and various licenses it has entered into over the years did not transfer its underlying property rights, Ikuta wrote.