‘I feel traumatized’: California teen speaks out after nine cops violently arrest him for jaywalking 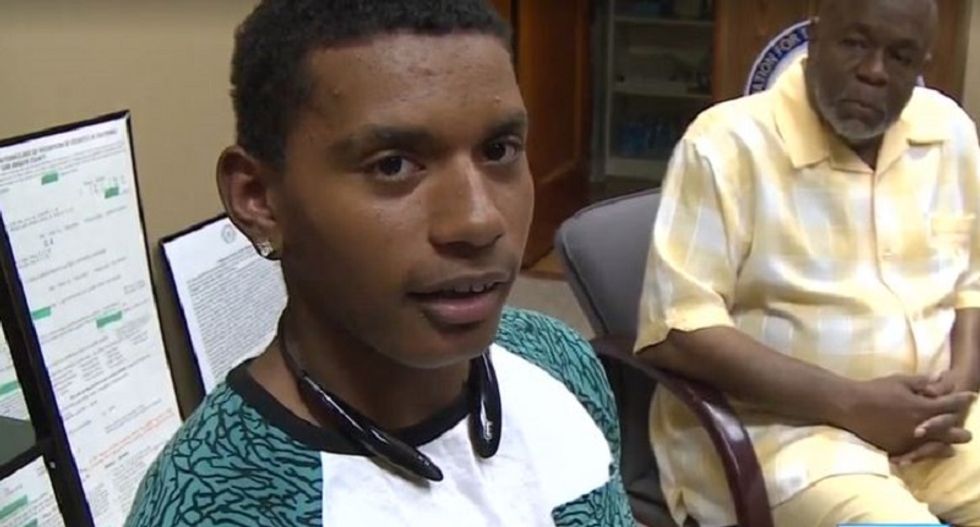 Emilio Mayfield, 16, the Stockton teen caught on video being roughed up by nine police officers, says he was "traumatized" by the experience.

The high school student said he was on his way to school when an officer stopped him for jaywalking. The encounter escalated until nine officers ended up being involved in his arrest, with at least four piling on top of him. Video of the incident went viral after being first reported on Thursday.

“I feel traumatized. I was beaten and slammed on the floor,” he told CBS Sacramento.

According to witnesses, an officer told Mayfield to sit down, but he kept walking toward the bus to school instead.

Bystander Edgar Avendaño recorded the video and said the officer grabbed the teen’s arm in attempt to stop him, and pulled out his baton when the teen took his hand off his arm. Avendaño's video shows the officer leaning into the teen as he screams. Bystanders are noticeably upset, with one woman shouting, "That's a kid! Get off of him!"

Other officers then arrive and roughly throw Mayfield to the ground, piling on top of him as he is arrested. Mayfield can be seen sobbing as the officers lead him away handcuffed.

Under California law, jaywalking is an in infraction, normally handled as a citation only, and some are questioning the use of force by the Stockton police officers.

"The behavior of the officer was totally out of line. There’s no reason for him to attack this young man as he did,” Stockton NAACP president Bobby Bivens told CBS Sacramento.