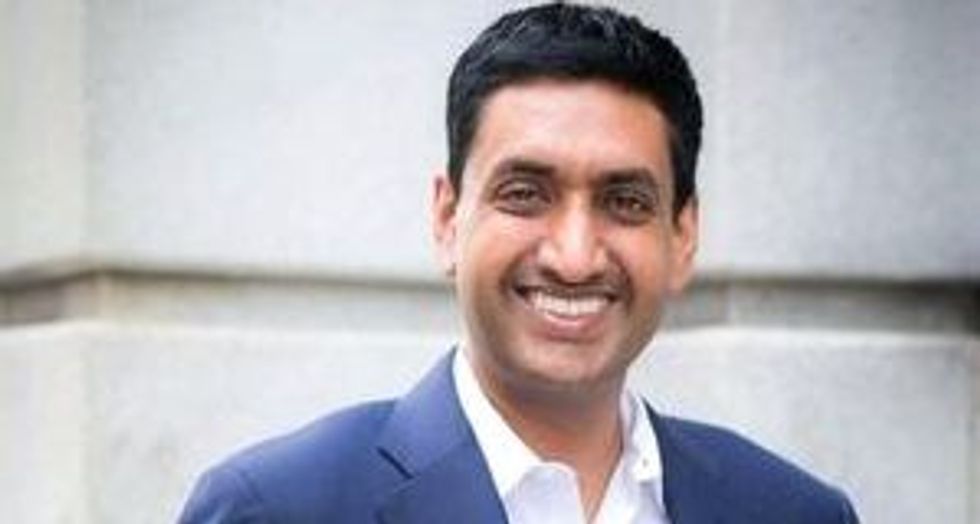 Hillary Clinton, who has long cultivated the Indian-American community for both funds and votes, is tapping into the excitement around the Silicon Valley visit of Indian Prime Minister Narendra Modi this weekend. Next Monday she is holding a presidential campaign fundraiser expected to attract many prominent Californians with ties to India.

But some Indian-American Democrats from the region have told Reuters they won’t be attending the event, in part because they are upset about the way a candidate was treated in a 2014 race for a Silicon Valley congressional seat. Their frustration extends to other Democratic candidates and causes besides Clinton, who wasn’t involved in the race, but ignoring her campaign is a high-profile way to vent.

Supporters of the candidate, Ro Khanna, an intellectual-property lawyer of South Indian heritage, accuse his opponent, fellow Democrat Mike Honda, of using race-baiting to undermine Khanna. Honda narrowly beat out Khanna, a former trade official in President Barack Obama's administration, in the election for a seat in the House of Representatives.

Just weeks before the election, Honda attacked Khanna in a television ad for supporting “companies that send our jobs overseas.” In the same ad, a shadow briefly appeared on Khanna’s forehead that some Khanna supporters interpreted as a bindi, a red dot worn by many Indians but not by Khanna.

Khanna’s supporters point out that in 2012 he published  a book on the importance of U.S. manufacturing jobs, and they say that the shadow was an attempt to spark unease among non-Indians. They say the Democratic Party should have intervened to stop what they saw as unfair attacks.

Honda spokesman Adam Alberti says Khanna’s financial backers included supporters of outsourcing, and no dot was placed, or is visible, on Khanna’s forehead in the ad in question.

“The issue of racial baiting is both unfounded and is shallow political theater,” said Alberti, adding that as a Japanese-American who was held in an internment camp as a baby during World War II, Honda is especially committed to racial diversity. In March, Honda co-hosted a networking and fundraising event for “Ready for Clinton,” the organization that sought to draft Clinton to run for president.

Among those who say they aren’t going to Monday’s Clinton fundraiser, or getting involved in other Democratic campaigns out of concern at Khanna’s treatment, is Rahul Roy, a software entrepreneur. “It hurts,” he says. Roy recently hosted a fundraiser for Khanna, who is  running for the seat again in 2016.

The Clinton campaign says it is concentrating on the large numbers of Indian Americans that back her. "Hillary Clinton is grateful for the broad support she is receiving across the Indian-American and Asian-American and Pacific Islander communities in California and around the country," a spokesman said. He did not respond to questions from Reuters about the disquiet over the 2014 election.

Certainly Clinton has been raising funds in Silicon Valley, where donations to her and an organization raising money on her behalf from area technology employees have totaled $1.07 million through June 30, according to the Center for Responsive Politics.

And some Khanna supporters are raising money for her. Monday’s Clinton fundraiser - which she is due to attend in person - is being hosted in their home by Khanna supporters Kamil Hasan, a venture capitalist, and his wife Talat Hasan, an entrepreneur. Tickets start at $1,000, and it is expected to attract at least 150 donors, according to a person familiar with the event.

Khanna’s supporters have shown a largesse that any presidential candidate would want to tap into. He has raised $1.25 million through June 30, far more than most congressional candidates, and more than double the $608,000 raised by Honda.

“Some of the attacks were very xenophobic,” said Naren Gupta, a Khanna donor and co-founder of investment firm Nexus Ventures, who said the party should have stepped in. He stopped short of saying the issue would affect his support for other Democratic candidates. He is not expected at the Hasan fundraiser, according to the person familiar with the event.

Gupta is also co-chairman of the Indo-American Community of the West Coast, which is helping organize Modi’s appearance before a capacity crowd of 18,000 at the SAP Center in San Jose on Sunday.

“You’ve got to be willing to take the gloves off and fight,” said Palihapitya, who donated $2,600 to Khanna in the last race and said he planned to support him again this time. He hasn’t made up his mind about who he might support in the presidential race, he said.

Through spokesman Hari Sevugan, Khanna took credit for bringing many South Asians and technology workers into the political arena for the first time. Now, many of those recruits feel alienated, the spokesman said. Khanna himself didn’t comment directly on the 2014 race or its fallout, but in an email said Indian Americans feel strongly about social justice, and the Democratic Party “needs to do a better job recognizing that.”