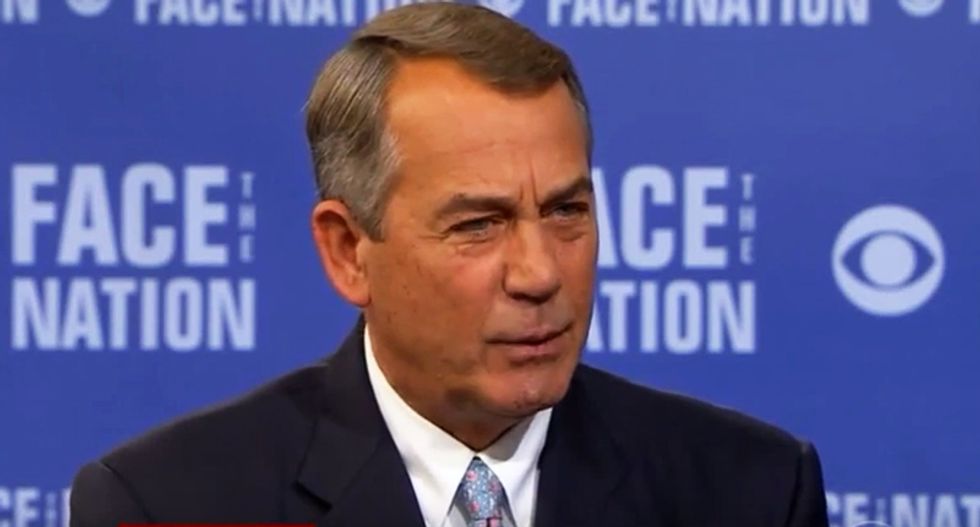 Outgoing Speaker of the House John Boehner (R) ripped into some of his Republican colleagues on Sunday for failing to be realistic about what the party can and cannot do, and took a jab at bombastic Texas Sen. Ted Cruz (R) to make his point.

Appearing on Face the Nation, Boehner said he that he had begun to make plans to step down after colleague Eric Cantor was primaried out in July of last year by a Tea Party backed candidate.

Speaking of his legislative accomplishments, Boehner became quite animated when noting opposition often came from within his own party.

"All [my legislation] done over the last four and a half years with a Democrat president and voted against by my most conservative members because 'it wasn't good enough,'" an incredulous Boehner said before asking sarcastically, "Really?"

"This the part that I really don't understand," he continued before being asked if the hard liners were "unrealistic."

"Absolutely, they're unrealistic!" he exclaimed. "You know the Bible says beware of false prophets. And there are people out there, y'know, spreading noise about how much can get done. I mean this whole idea about shutting down government to get rid of Obamacare in 2013 -- I mean, this plan never had a chance."

Asked if Cruz was one of the "false prophets," Boehner smirked and became coy, saying, "I'll refer you to a remark I made at a fundraiser in August, in Steamboat Springs, Colorado," where the GOP leader called the Texas senator a "jackass."